A Tūhoe elder is elated the Government has begun to pardon the Tūhoe prophet, Rua Kēnana, but is also sad many are not here to see it. 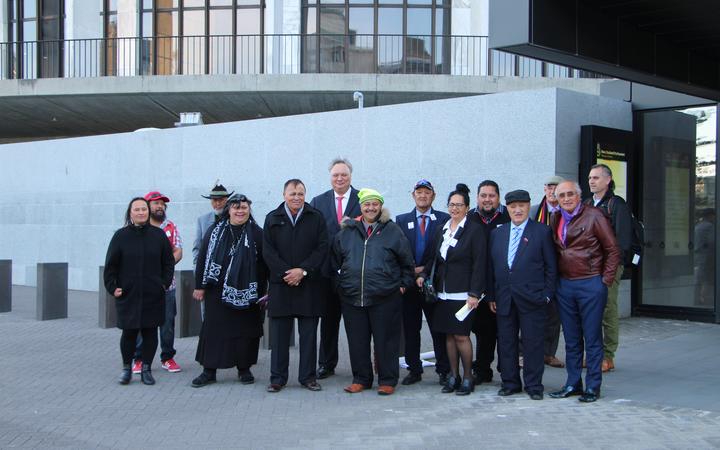 Rua Kēnana was a pacifist, and a prophet, who led the resistance to Māori fighting overseas in World War I. His staunch anti-war rhetoric offended the government and media reports at the time called him a 'keiser'.

In 1916, a police contingent of 70 men came to arrest Rua Kēnana, on charges relating to the consumption of liquor outside of a pub. It was a law that only applied to Māori.

The incident at Maungapōhatu, left two dead, including Mr Kenana's son, Toko, and several others injured. It has been described as the final shots of the New Zealand Wars.

His 47-day trial was the longest in New Zealand at the time, and he was convicted of moral resistance, for which he spent 18 months in prison for.

About 36 uri o Rua Kēnana, me Hāhi Iharaira, were there to see the government formally recognise the damage the Crown's actions had caused their people, through the Te Pire Unhia te Hara kai Runga i a Rua Kēnana, Rua Kēnana Pardon Bill.

The legislation, recognises and apologises for the pain that and Rua Kēnana's subsequent conviction for resisting arrest, caused his people and apologises to the descendants of Rua Kēnana and Ngā Toenga o Ngā Tamariki a Iharaira.

Tamakaimoana pakeke Lenny Mahururangi Te Kaawa said it is a time of sadness, as so many kaumātua who fought for the pardon have since died.

"The bill today, and my feelings about it today is one that is tinged with a lot of sadness, just looking back from when we started this journey during the Waitangi Tribunal process to this present day, [there] are only two of the original people that put the claim to the tribunal left, and I was one of the kaumātua that supports it, I am the only kaumātua in that group that's alive, the rest are gone, they've passed away."

"We've got past the hurdle of the first reading, it can only get better."

He said the bill won't fix the hurt his people carry, and only karakia, or prayer, can heal that mamae.

However, Mr Te Kaawa said the bill would ensure the history of what happened at Maungapōhatu over 100 years ago was told correctly.

"The good thing about that it will be the right story that'll be taught - it's not a one-sided story, but it'll be a story based on truth and I guess, just at the end of the day if there is no love in it, then how can the truth exist."

David Williams, a legal historian for the uri o Rua Kēnana, said that it was good to see the real issues of New Zealand's history being addressed.

"On this very day, this is the history that our schools need to know about, the way some people were treated as seditious traitors because they wanted to look after themselves in their own way, in their own place and they didn't want discriminatory laws."

"Because it all goes back to laws that said, Pākehā can drink whereever they like, they can go to a pub, they can buy a beer and take it home - Māori were not allowed to do that, Māori could only drink at the pubs, and it was those laws that Rua Kēnana was challenging."

Many of the Māori MP's present yesterday, shared their stories of the hononga or connections they have with Maungapōhatu.

Tamaiti Coffey, the MP for Waiariki, recalled holding on tight, driving along the winding roads up the mountain, into the mist, towards Maungapōhatu for the signing of the Tūhoe settlement.

And Rino Tirikatene, the MP for Te Tai Tonga, brought along the walking stick his grandfather was gifted.