Death and a pardon at Parliament

More than 50 items are on Parliament's to-do list but only seven bills will likely be considered in the House this week.

Much of the focus will be on the End of Life Choice bill but there’s another bill righting an historic wrong that should also get some attention. 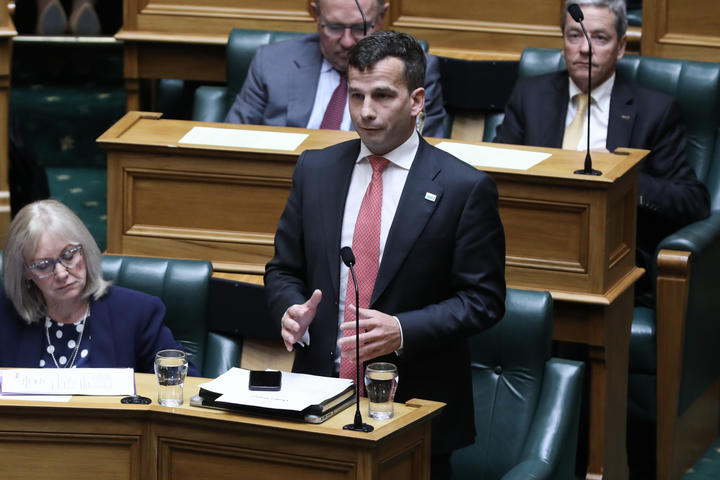 This bill will enable terminally ill people to choose to legally end their lives.

It’ll be up for debate on Wednesday after question time and the general debate (about 4pm).

MPs are working through the details of this bill in what’s called the “Committee of the Whole House”. It’s a slow moving process as it’s the last chance to make changes to the bill so MPs are taking their time to argue for changes they’d like included.

The bill cannot pass or fail at this point - that comes at the third (and final) reading debate.

Rua Kēnana was a Tūhoe Māori prophet who set up a community at Maungapōhatu in the Urewera ranges.

A pacifist who believed he was the successor of Te Kooti, Rua was against the conscription of Māori.

He was targeted by the Government and arrested and charged for illicit sale of liquor in 1911 and charged with sedition in 1916 but instead convicted for “moral resistance” (resisting arrest).

The raid at Maungapōhatu in which he was arrested resulted in the death of two men, one of whom was Rua’s son.

Rua was imprisoned for 18 months and the consequences of his treatment are attributed to the decline of the Iharaira Faith and Rua’s community.

This bill recognises that agreement and acknowledges that the treatment of Rua Kēnana has caused lasting damage to his descendents who have suffered deep hurt, stigma, and shame as a result of the Maungapōhatu invasion.

It also pardons the conviction. Watch out for this bill on Thursday after question time (about 3pm).