Documentary - Just weeks before his passing, Sir Hector Busby discusses a legacy of celestial navigation and waka carving, considering who will carry the knowledge after he's gone.

Revered Polynesian navigator, Sir Hector Busby, passed away earlier this year. During his final days 'Sir Hek' reflects on falling in love with ngā āhuatanga whakatere waka (Māori seafaring tradition), sailing to Rarotonga using only the stars and attempting to preserve and revive a knowledge that is in danger of being forgotten. This would be Sir Hekenukumai Pūhipi's final interview and an enlightening conversation in full te reo Māori of an extraordinary life. 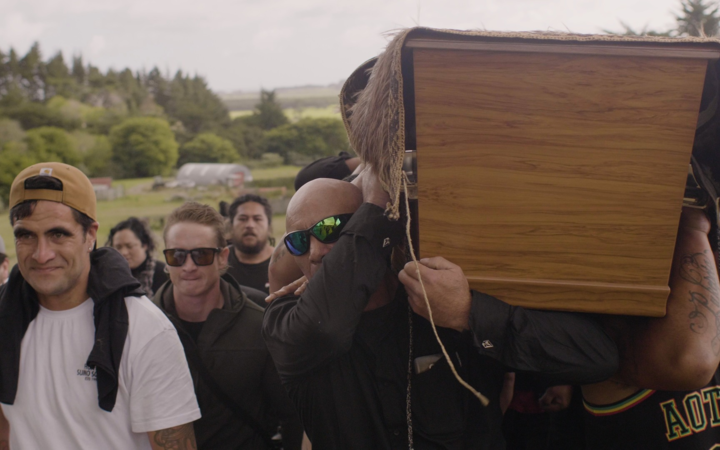 Allan George (Ngati Kahungunu) is an Auckland based writer/director/filmmaker. He is a five time Tropfest New Zealand finalist, won the Academy Award-Accredited LA Shorts Fest 'Best Screenplay' award and has been a finalist in some of the world's most prestigious screenwriting competitions, including: Screencraft, Hollywood Screenplay Contest, Canada International Film Festival, HollyShorts and more. He has also had his work screen at festivals around the world including ImagineNATIVE Film and Media Arts Festival and Austin Film Festival.

Justin Scott (Ngāpuhi) currently works as a Director and Digital Content Producer for Attitude Pictures. With a varied background in Production and Directing he has worked on web-series, commercials and directed children's television show Sticky TV. He has a critical eye for detail and a passion for telling stories of people from all walks of life.

Moehau Hodges-Tai has iwi affiliations with Ngāti Pāhauwera, Ngāti Ranginui, Ngāti Hauā, Ngāti Maniapoto, Ngāti Tūwharetoa and Ngāti Wai. His work experience has included working for South Pacific Pictures and Māori TV. He has freelanced in big budget film productions, advertisements, music video clips and TV shows working for a range of production companies. Moehau is passionate about increasing visibility of Te Ao Māori and normalising Māori content in the media. He also has an overall passion about politics, especially those that impact directly on Māori.