Within the next three years, New Zealand history will be taught in all schools and kura, Prime Minister Jacinda Ardern announced this morning while unveiling a plaque commemorating the New Zealand Wars. 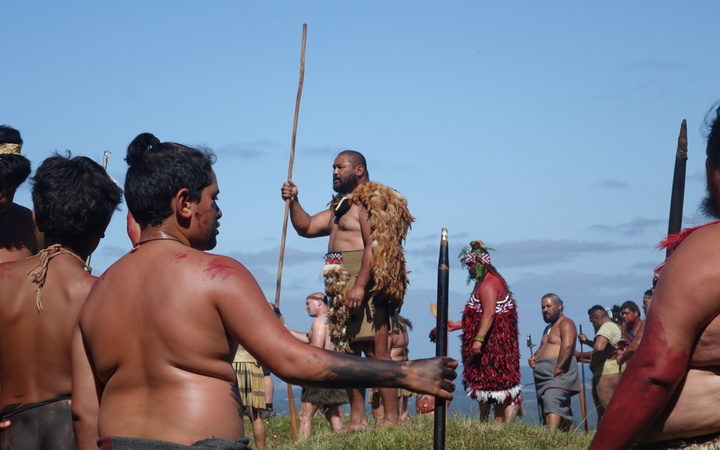 The 200th commemoration of the battle of Ruapekapeka Pā which took place in 1845. Photo: RNZ / Shannon Haunui-Thompson

The prime minister said changes would be made to the national curriculum so New Zealand history was taught in primary and secondary schools.

The changes would cover the entire breadth of the curriculum, including NCEA.

History lessons are expected to include the arrival of Māori, early colonisation, the Treaty of Waitangi, immigration to New Zealand, and the evolving identity of the country.

Aotearoa's involvement in the Pacific will also be covered.

Currently, under the curriculum, schools can choose how New Zealand history is covered, meaning there's variation in how it's taught, leaving much to chance what students learn.

"This government is committed to a better New Zealand that we can all be proud of and which recognises the value of every New Zealander," Ms Ardern said.

She said the government had listened to growing calls from New Zealanders to know more about their own history and identity. 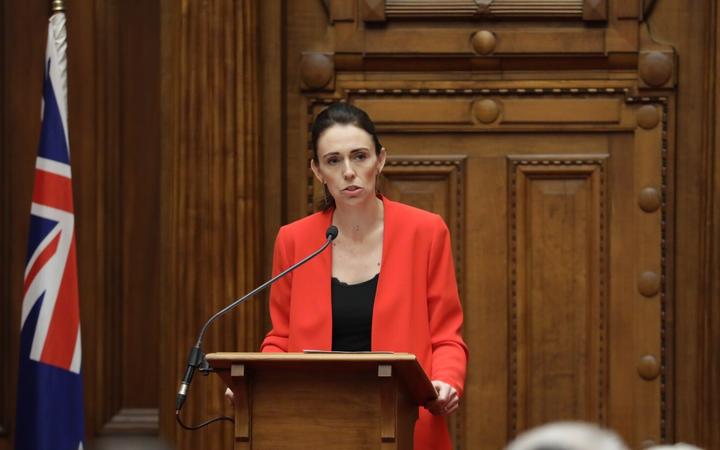 "With this in mind, it makes sense for the National Curriculum to make clear the expectation that our history is part of the local curriculum and marau ā kura in every school and kura.

"The curriculum changes we are making will reset a national framework so all learners and ākonga are aware of key aspects of New Zealand history and how they have influenced and shaped the nation."

The reset is expected to include:

Education Minister Chris Hipkins said the Ministry of Education would work with historical and curriculum experts, iwi and mana whenua, Pacific communities, students and ākonga, parents and whānau, and other groups with a strong interest in shaping how New Zealand history is taught.

"Once the updates to the curriculum are known, existing supports will be reviewed and an implementation package with teaching and learning resources will be developed ready for the 2022 school year."

The curriculum changes will come into effect in 2022. They will be gazetted during 2020 in order to give schools and kura time to prepare to implement them.

The initial work would be funded through Ministry of Education baselines, meaning there would be no additional funding required at this stage.

No other parts of the curriculum would be altered through the change.

'Only country that doesn't teach own history'

He told Morning Report today's announcement was more than what the association had asked for.

"This is great, this is what it should be."

He said schools would be able to cope and it was a matter of teachers being trained to deliver the changes properly.

"We're the only country that doesn't teach its own history. What's been squeezing it out all this time?"

He said the process of developing the curriculum could become "contentious" but "that's what history is about".

"That's how we engage. There's nothing unhealthy about having debates. That gets people's concerns out in the open ... they contest their ideas, and if they find their ideas come up short .. then evolve their thinking on these issues."

He said this policy would make the history of the country more accessible.

He told Morning Report the only surprise was that it took this long "for New Zealand to make it compulsory to learn about New Zealand history".

"I remember as a kid way back in the dark ages learning about European history but nothing about New Zealand history."

He said this was an "opportunity to dispel some of the myths about Moriori; that Moriori were in New Zealand before Māori and got pushed out to the Chathams - because that never happened".

"Many generations of older New Zealanders still believe that because it's been taught in schools.

"There's a lot of work to do to lay a lot of national myths to rest."

Like Mr Ball, Mr Solomon said it was healthy to debate about the country's past and that it was long overdue.

"We've too often looked offshore for our inspiration and we have New Zealand Aotearoa settled by firstly Polynesians, then Europeans and a lot of other people are settling here, so it's healthy to debate and understand more deeply our history and to learn about Māori, Moriori, European and other histories, it's only going to strengthen our nationhood."