A Hokianga man will receive a humanitarian award next month, from the Muhammed Ali Centre in the US. 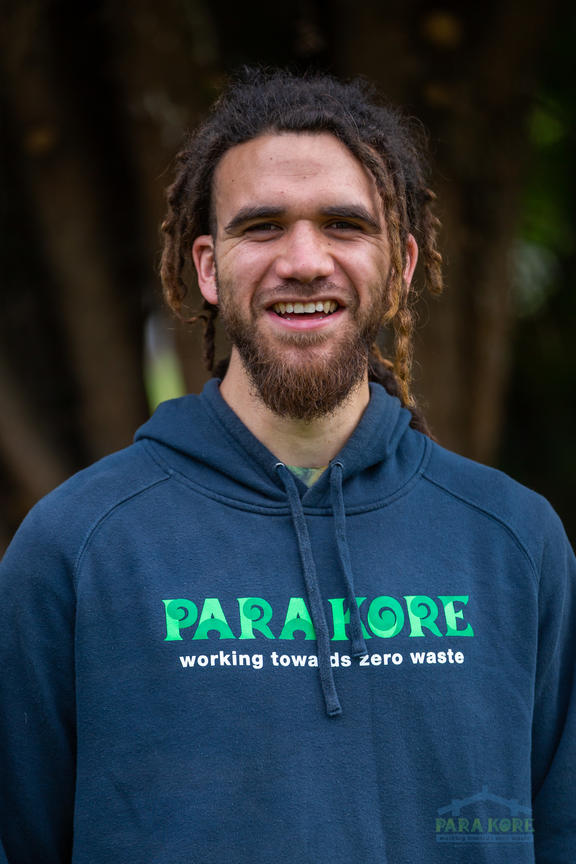 Jared Hiakita from Ngāi Tūhoe travels around the Far North teaching marae, kura and kōhanga how to minimise waste and use it to grow food.

He's also co-founded an organisation called Paenukurangi to create affordable, off-the-grid housing - starting with a tiny home on wheels from his young family.

Mr Hiakita is one of just five from around the world to be honoured by the Ali Centre in Kentucky in its annual awards to outstanding young people in memory of the legendary boxer, who was known for his charitable work.

Mr Hiakita has been spreading the Para Kore or zero waste message around the north for more than two years, funded by the Far North council, Foundation North and Northland Waste.

The award was an honour, and one he hoped would raise awareness of the environmental crisis facing the planet, he said.

"The main message is to just use less stuff. That can be quite impractical for a lot of the people we work with because they're chained to the systems that keep them going back to the grocery store to buy the packaged stuff, buy the milk in the plastic bottles so we provide a lot of education and resources around recycling as well."

That included practical mahi like building compost systems from old pallets, waratahs and wire, and setting up worm farms to eat food waste.

People could feel overwhelmed in the face of the dual threats of marine pollution, and climate change he said, but it was necessary to spell out just how real those threats are.

"When I go to a group I'm quite honest about the situation. I'll tell them things like at the moment there's about 150 million tonnes of plastic in the ocean and every year we add another 8 million tonnes more. And if we don't change by 2050 there's going to be more plastic than fish in the sea, he said.

"Those things can be quite startling for the marae and the groups that I work with but I think it's important to be honest, and then also to equip them with something that can help them start changing their behaviour and their consumer habits."

Expecting people to become eco-friendly overnight would be unrealistic, but if taken one step at a time the goal was achievable, Mr Hikakita said.

Mr Hiakita and his family will be flown next month to receive his award on 12 September in Louisville, Kentucky alongside five other inspiring rangatahi from Syria, Ghana, Gaza, Colombia and the USA.

"I cannot claim this award as a reflection of my own accomplishments, but see it as an acknowledgement of all the people who have helped shape the person I am today, and all the kaupapa that have contributed," he said.