Ngāi Tahu rangatira Tahu Potiki has been remembered as a great leader, with a passion for revitalising te reo and culture within the iwi. 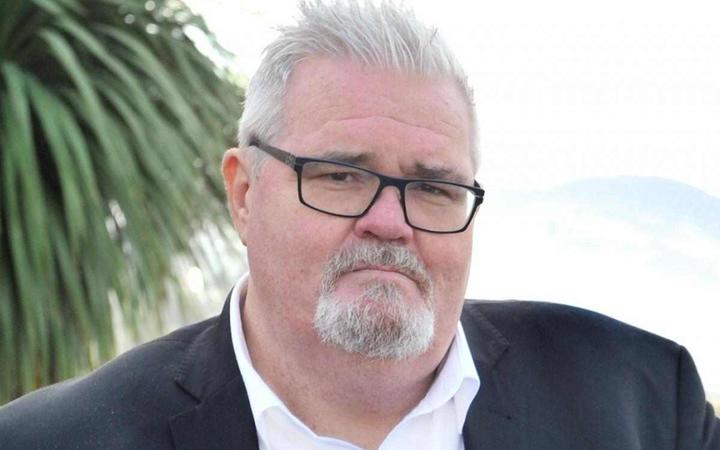 Kua hinga te tōtara i Te Waonui a Tāne - a totara has fallen in the forest of Tāne, with the passing of former chief executive of the South Island iwi, Tahu Potiki, yesterday evening. He was 53.

Member of Parliament for Te Tai Tonga, Rino Tirikatene, who worked with Tahu Potiki at Te Rūnanga o Ngāi Tahu, said he will remember him for his impressive stature at six-foot-four, with a presence to match.

"He was a giant of a man, and he left a giant imprint on our tribe in terms of not only governance, but also environmental management at all levels, also lifting up all the regions of Ngāi Tahu.

"He provided great leadership internally within Ngāi Tahu but also in terms of overseeing some rapid growth that was taking place within our business interests.

"But also he was very much strongly into his reo and tikanga and South Island Māori history and there was a big emphasis on really revitalising that among our iwi so he's left a huge imprint and it is a huge loss for our iwi in Te Wai Pounamu.

Tahu Potiki grew up in the small town of Karitāne, near Dunedin, before pursuing a trade trainee qualification at Christchurch Polytechnic.

He then attended the University of Otago, but it was his time at Te Wānanga o Raukawa, where chief executive of Te Rūnanga o Ngāi Tahu Lisa Tumahai said he was inspired to develop a series of total immersion reo wānanga in Te Waipounamu, which were still running today.

He became head of the School of Māori Studies at the Christchurch Polytechnic Institute of Technology until 2001, until he was appointed kaiwhakahaere (director) o Te Rūnanga o Ngāi Tahu, which he held until 2007.

Under Mr Potiki's leadership, Ngāi Tahu tripled its asset base, from its original $170 million settlement.

During his time, he oversaw the building of new wharenui across Te Wai Pounamu, set up reo and tikanga programmes, and helped establish Whai Rawa, the tribe's savings scheme, Mr Tirikatene said.

He pushed for business ventures, like Ngāi Tahu tourism, that had been set up following the tribe's settlement in 1998, to maintain a connection with the tikanga and whakapapa o Ngāi Tahu, which Mr Tirikatene said he was successful in.

Ms Tumahai said that Whai Rawa, and Ngāi Tahu Funds, a programme that allows iwi members to strengthen their cultural identity, are "perhaps his biggest contribution to Ngāi Tahu" and "will serve as his legacy, continuing to benefit Ngāi Tahu whānau for generations to come."

"It goes without saying that his passing will reverberate throughout te ao Māori," Ms Tumahai said.

"On behalf of Ngāi Tahu, I would like to acknowledge the many years he dedicated to our iwi and the depth of knowledge and understanding that he added to our kete - these contributions cannot be replaced and they certainly will not be forgotten

"I cannot express how deeply I am going to miss my friend, for his humour, his sage advice, and above all for the big and humble heart that he always wore on his sleeve."

Tahu Potiki will be at Tipene Funeral services in Onehunga at 3pm today for a short time, before returning to Ōtākou Marae in Dunedin to lie in state.