Hapū in Northland are willing to occupy a mountain in Hokianga, and be arrested if necessary, in order to stop the construction of a cell phone tower. 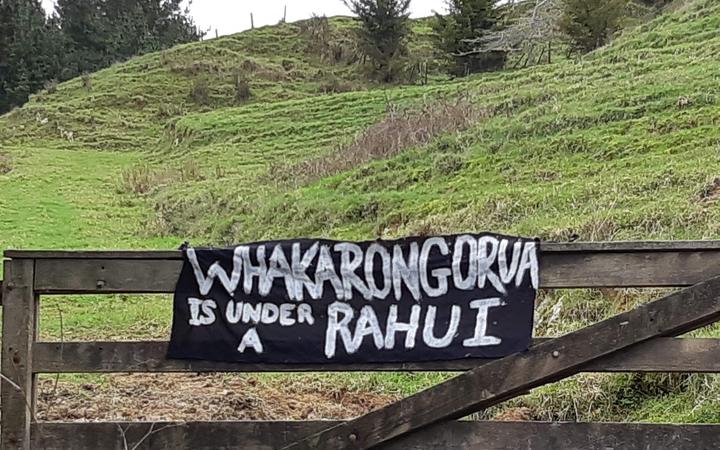 The tower is set to be built on Whakarongorua maunga in the Utakura Valley as part of the government's work on extending mobile coverage in rural areas around the country.

But some hapū members, like Mori Rapana, said the mountain designated for the tower was sacred and steeped in history.

"Whakarongorua is the maunga that we identify with and which all of our hapū whakapapa to," Mr Rapana said.

"We have many ana up on that maunga which have bones of our tūpuna sealed in there. We are willing to fully occupy the land, [and] we are willing to be arrested, so that it is left in all its glory for all of our next generations to come."

The Rural Connectivity Group (RCG) held two community meetings last year, where the majority of people - including local farmers - supported the construction of the tower.

Its spokesperson, Caitlin Metz, said it had been working closely with hapū representative - Dawson Joyce - who supported the construction, but refused to specify which hapū he represented.

"The RCG have been engaged with local iwi and hapū on this particular site since October 2018. We have been proactive in our engagement with them and have held a community hui and an iwi hui and ongoing engagement.

"We requested that the hapū be involved with the project through a proposal which included completing a Cultural Impact Assessment and recording the history of Whakarongorua. We appreciate that the hapū have differing views and need the time to resolve those. We have ceased work on the site as we respect the need for the hapū to address the matter internally."

Whakarongorua was the idea location for the tower, she said.

"The RCG investigated alternative locations but, unfortunately, Whakarongorua blocks the signal and no other position provides the coverage that the facility on Whakarongorua could achieve. This was explained at both hui."

Mr Joyce has not responded to RNZ's requests for comment.

Meanwhile, a new Whakarongorua Action Group - made up of members from the six local hapū - has been formed to stop the build.

Mr Rapana is leading the group, and said most hapū wanted better cell phone coverage in the valley too, they just didn't want the tower on their maunga.

"Alternative sites were put on the table [but] unfortunately, according to the RCG, those sites didn't give as much coverage as on top of our maunga."

But not all hapū members agree.

Rudi Taylor, who had lived in the valley for more than 30 years, said the wāhi tapu or sacred places on the maunga were already being desecrated by livestock.

"When you see cows crapping on there, is that wāhi tapu?

"I actually think that the strength of that tower will help our community in many ways. People mostly have mobiles now [and] if we can get them right up to te ringa wairua I think that's going to be marvellous, that people can now ring on their mobile phones."

But hapū member Moana Tūwhare said there must be another way to achieve the same amount of cell phone coverage by using an alternative site in the valley.

"Logic would suggest that you can get the same amount of coverage, you just might need to use more than one site," she said.

Mr Rapana said what was happening on his maunga was similar to other indigenous land dispute in New Zealand and abroad.

"This is our Mauna kea, this is our Ihumātao, and we've been contacted by members at Ihumātao who are lending their support."

A hapū-wide hui will be held at Mokonuiārangi Marae this Saturday to discuss the next steps, including a possible occupation on the land.

Ms Tuwhare said she hoped her people would not have to go to such a length to find a resolution.