A tree brought back from the brink of extinction has formally been returned to its iwi in the Far North. 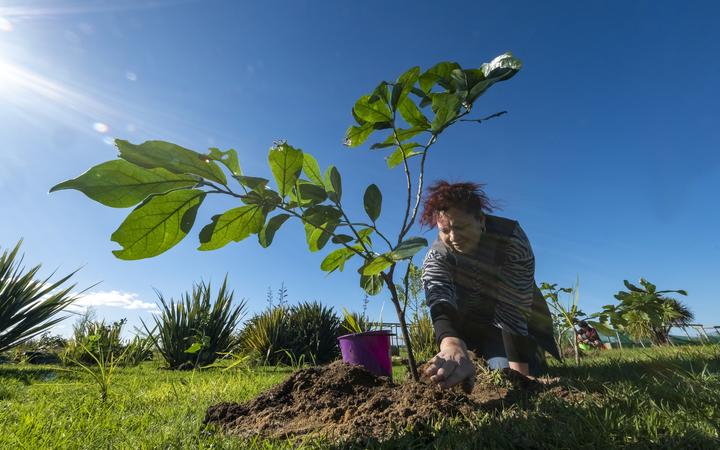 The tree - Kaikōmako Manawa Tāwhi or the Pennantia baylisiana - was a lone tree found on Three Kings Island north of Cape Reinga in 1945.

It took more 40 years for scientists to successfully increase the rare tree's numbers.

Sheridan Waitai, executive director of Ngāti Kuri, told Morning Report scientists had used a male harmone to help produce fruit in the female tree, so that seeds could be collected to propagate new plants. She said the trees on the island had been decimated due to human activity.

Dawn broke this morning at our Tāmaki Makaurau (Auckland) site with a karakia ahead of a hikoi carrying kaikōmako manawa tāwhi (Pennantia baylisiana, the world's rarest tree and taonga to Ngāti Kuri) to the Far North to be be welcomed on to Te Hiku o te Ika, Ngataki. pic.twitter.com/oSjM5PVtBo

"The island once-upon-a-time would have been covered in them, but when they introduced goats onto the island in case of shipwreck, that was the only one that survived and it was a female, so it became near-impossible to actually create new life."

She said scientists were currently determining what conditions the tree enjoyed and the optimum soil and atmospheric conditions in which the tree was likely to thrive.

"We don't know the conditions out on the island offered the most kind environment to her [the tree]... So we've taken and planted them in several spots between our schools and our marae and we'll go further up, so that we actually learn how we best place her if we were to return more back out to the island."

The iwi intended to replant the island with the native tree at a future date.