The country's most exclusive and top Māori language academy has come to an end. 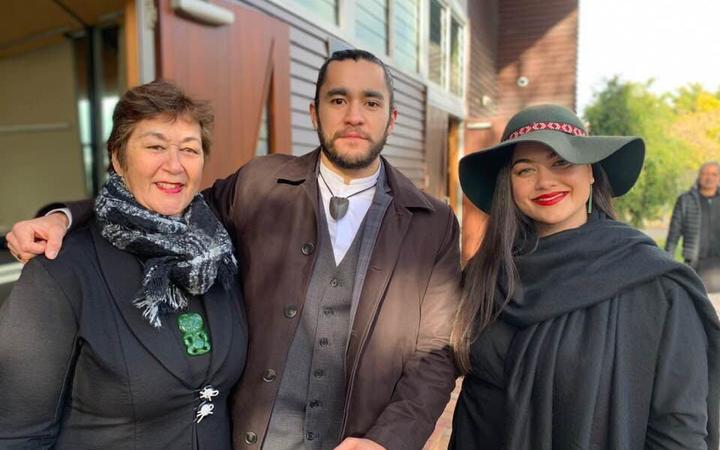 Te Panekiretanga o Te Reo Māori trained some of the nation's best Māori orators and broadcasters to reach the pinnacle of the Māori language.

Professor Pou Temara led the course alongside Sir Timoti Karetu and the late Dr Wharehuia Milroy, who died in May.

Mr Temara said the death of Dr Milroy confirmed what the three of them had been thinking for the past year - that it was time to finish up.

"There's a tinge of sadness of course, it has been over 15 years," he said.

"It seemed a good time to bring it to a close... Mainly because Wharehuia Milroy is not with us anymore and he was an integral part of the teaching."

The course was so exclusive, you had to be invited to take part. It involved several noho throughout the year where cohorts would stay together on a marae and train.

Mr Temara said the noho were known to be intense - students would stay up learning till two or three o'clock in the morning.

"We demanded that intensity, we demanded perfection. Mainstream universities have a tolerance of 50 percent, our tolerance was 90 percent. You had to get 90 percent - even point five down from ninety was a fail."

Te Panekiretanga was created to improve the standard of te reo Māori, with the hope that proficient speakers would take the language back to their marae.

But Mr Temara said as time went on, the intakes got younger and students had less contact with their marae.

"We were hoping that by coming to the Panekiretanga, that would give them some connection to their marae, which it cannot do.

"In fact, there might be some resistance to these well-educated, well-taught people going back to the marae and telling the natives what to do - how to suck eggs.

"They didn't have a stake in their marae and that made us wonder about if they were the right people for us to teach."

Mrs Morrison - host of The Hits drive show and a TV personality - said the time felt right to draw the course to a close, but she remains grateful for the relationships and skills she gained.

"We were very fortunate to have that particluar experience and as I say with Wharehuia passing... It's kind of like a Jedi training thing and when one master leaves us then another path reveals itself."

The new path will be a Masters Degree through Te Wānanga o Aotearoa. Panekiretanga tutor Pania Papa, and Leon Blake, are developing the course which will be two years, and students would be able to apply instead of waiting for an invite.

"We are trying to push for more refinement of te reo and more excellence in terms of the standards of translation, of expression and of language planning for communities," she said.

The Masters degree will also see Te Wānanga o Aotearoa receive funding to deliver the programme, and students can access loans too.

While Mrs Papa said the ending is tinged with sadness, she is confident that the three founders of Te Panekiretanga did what they set out to do.

"The one main objective of the old dudes was to try and lift up the standards on our paepae, on our marae, and their vision has come to fruition, in terms of 350 graduates of the programme, from just about every tribe you can think of - there are now language champions in each of those tribes."

On Saturday, the journey finally came to an end with the last cohort of 33 students graduating at Te Rangiaowhia marae in Hamilton.

Former Māori TV journalist Leah Te Whata was among them and said the onus was now on the graduates to lead the charge for te reo revitalisation.

"For Māori, with all the movements that are happening around the motu at the moment, Ihumātao being a hugely signicant one, I see Māori standing up and leading change for ourselves," she said.

"I think relying on educational institutions is something that we have had to do in the past but now we have the capacity to do it on our own mana."

She said it was a privilege to be one of the last graduates of Te Panekiretanga, and she has faith in the new Masters degree, which is hoped to be up and running next year.