A crowd of 500 is gathered at the disputed Māngere site of Ihumātao as Green MPs arrive to a pōwhiri. 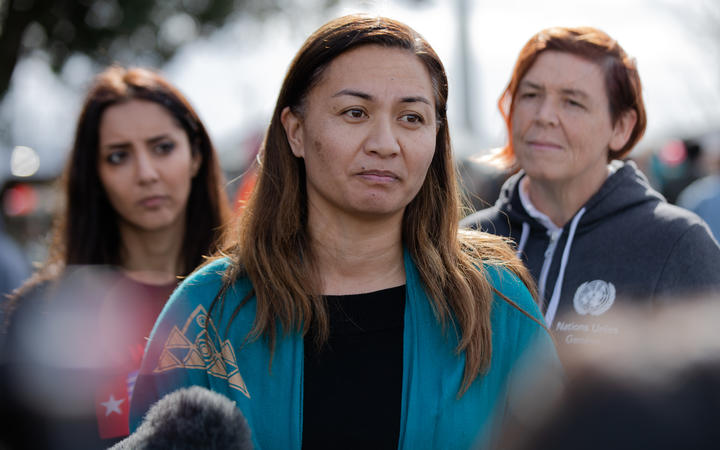 The party has supported the return of the land to the mana whenua throughout the occupation lasting nearly three years.

Confused? Learn about the background:

Green Party co-leader Marama Davidson told the crowd she wanted all parties to find a peaceful resolution to the land dispute there.

Ms Davidson wouldn't say how the land should be returned but reiterated that she wanted the government to intervene.

She said she was concerned about the police presence and said the issue was not going to go away.

Several local school groups have also arrived in buses to support the occupation, which shows no sign of ending any time soon.

There is a constant flow of cars and people turning up.

The cars are being monitored by Māori wardens to keep traffic safe.

People are donating firewood, adding to a growing supply. 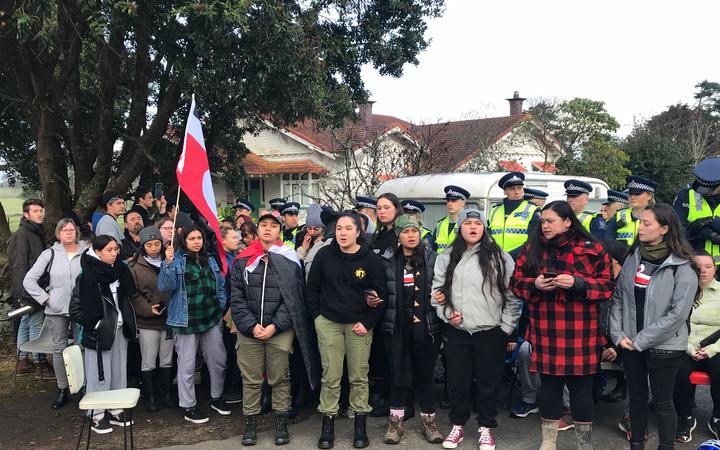 David Letele, AKA Brown Buttabean, was among the crowd of people donating, arriving with a car boot full of blankets and kai to add to supplies, including large tins of Milo.

Protest leader Pania Newton has called for her uncle Te Warena Taua, kaumatua for the local iwi who opposes the action, to speak to her.

She said she also had yet to receive word from the Auckland Council about when a promised hui between all interested parties was expected to take place.

She told media her message to the Green Party was firstly one of thanks.

"And gratitude for their support over the many many years that our campaign has been running and secondly is to encourage them to appeal to Jacinda Ardern who has the power to reverse the decision of the special housing area."

Meanwhile, well more than 100 people have gathered on the Otago Museum Reserve in Dunedin - across the road from Dunedin North MP David Clark's electorate office - in solidarity. 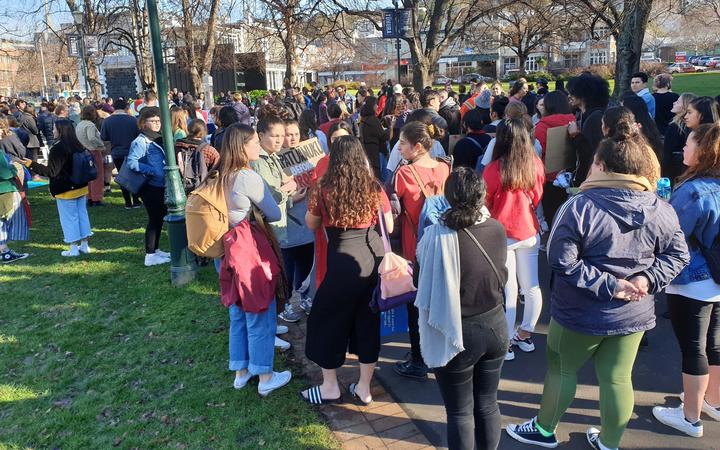 Supporters in Dunedin call for the government to step in and protect Ihumātao. Photo: RNZ / Tim Brown

The group gathered at what is known as the peace pole to sing songs like 'Tutira Mai'.