Research has suggested that poverty is not the reason Māori are being taken into state care at rates far higher than Pākehā children.

The study, published today in the American Journal of Public Health, followed almost 60,000 children from birth until the age of 18, the first cumulative study of child protection encounters by ethnicity.

A Māori child had a one in 14 chance of being placed out of home, whereas a child of European ethnicity had just a one in 50 chance of the same outcome. That gap remained regardless of the Māori child's economic status.

Co-author professor Denise Wilson said that showed other factors were at play.

"It shows systemic inequality. We need to look at the ethnic or cultural bias that exists in communities in terms of reporting Māori to child protection services and the treatment of whānau within those services.

"The study confirms what we already know, that Māori are over-represented in the child protection system. But behind these findings are the complex realities and lives of many Māori.

"We need to address the heightened risk of Māori involvement in child protection services - this needs to be a Māori-led whānau-centred approach." 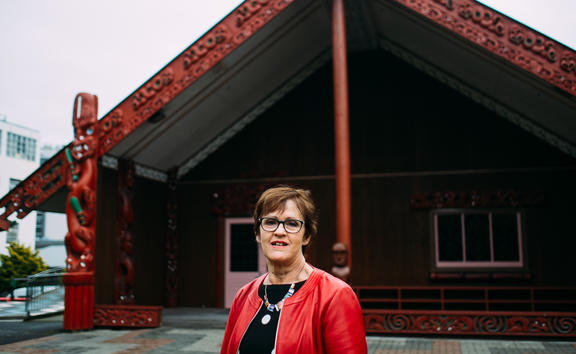 The research also found Māori children were five times more likely to be subject to abuse than Pākehā children.

Prof Wilson said through her other research she had found that when wāhine (women) Māori tried to leave abusive situations, they could not find financial and housing support.

Oranga Tamariki deputy chief executive Hoani Lambert said that while the data in the study predated the establishment of Oranga Tamariki in April 2017, Māori continued to account for a significant proportion of child and young people in the system.

"There are a number of potential factors driving the higher rate of notifications and care entries for tamariki Māori, including poor access to quality services.

"Structural disadvantage is always a risk within any system that relies on individual decision-makers and we are alert to that risk."