A Rotorua whānau has issued a public plea for information about a pounamu which was stolen from a grave site at Kauae Cemetery in the city. 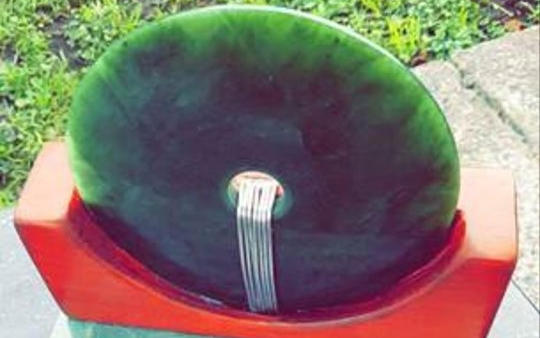 The pounamu which has been reported stolen from a grave site in Rotorua. Photo: Supplied / Jones whānau

The circle-shaped taonga and a plaque with the words 'aroha pūmau, mo ake tonu atu' (my deepest love for evermore) engraved on it has gone missing.

Police said they received a report that it was gone on 2 July and believed it was taken between 14 and 21 June.

Turene Huiarau Jones said the pounamu was custom made for her brother and only sibling Kurtis, who died from cancer in 2015.

"It's not the only thing my whānau have gone through either. We've had quite a few losses since 2015," she said.

"Last year my aunty suddenly died and it left my cousins orphans, and then this year my nan died so to have this happen is just super overwhelming."

The whānau have filed a police report and have contacted local pawn shops.

The have also reached out on social media and in less than 24 hours their post has been shared more than 2000 times.

"We were kinda iffy about going public with it because it's hard showing public displays of pain. We tried to sort it out ourselves at first but it's been a while now and we just really want it back.

"It's overwhelming because I didn't think many people would respond. It has hit home for a lot of people who have also had their whānau grave sites vandalised or had things stolen from them, and that's awful to see as well."

Kurtis Jones was 29 when he died, and Ms Jones said he was a pillar in her whānau.

"Him along with my dad, and both my kolo, were the epitome of what men should be. The best male role models that I've ever come across.

"He was super strong and a fighter in everything."

Kurtis's partner Melissa said the design of the pounamu was carefully thought through.

"The design was a porohita which I felt fitting because it for me represented multiple things. It represented the circle of life in which has no beginning nor end," Melissa said.

"It felt fitting for the connection Kurtis has with all is loved ones including myself in the past, present and future. When I had this ponamu made it was important for me to have Kurtis symbolised in a way that shows the love that we will always have in our hearts for him."

Police Senior Sergeant Karl Konlechner said it was hard to fathom the lack of empathy and compassion displayed by whoever took the taonga.

He said they have no active line of inquiry and welcomed any information from the public. 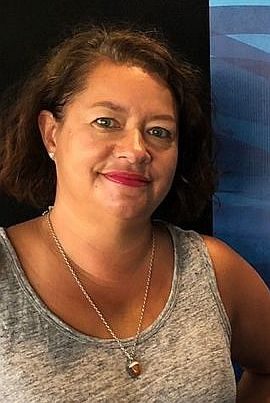 An expert on Māori art history from University of Auckland, Ngarino Ellis, is warning the culprit to return it immediately, saying there can be serious consequences for stealing sacred taonga.

"If a taonga at any time is removed deliberately then that tapu has been desecrated and the person needs to return that as soon as possible to reset that balance," Dr Ngarino Ellis said.

"If that balance is not reset then there are certain repercussions that can happen to that person. People can get very sick, and it might be members of their family. People say things like, 'the ancestors will get them', so it's nothing to be taken lightly."