A Porirua gang member is putting unwanted fish heads and frames to good use by delivering them to hungry families in his community. 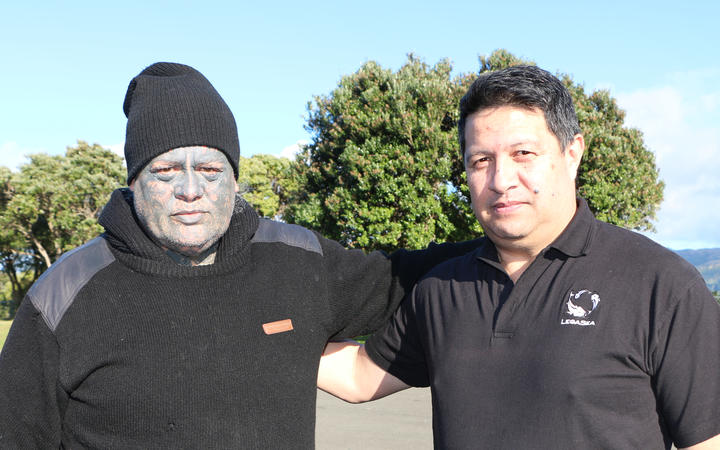 Mongrel Mob life-member Dennis Makalio has teamed up with LegaSea, a not-for-profit organisation who collect donated fish off cuts - usually thrown away by commercial fishermen - and gift it to those in need.

At The Fish Factory, just off Cuba Street in Wellington, the smell of freshly caught kaimoana permeates the air.

It is the seafood storehouse for many restaurants in central Wellington, and where LegaSea kaimahi Hone Tibble visits twice a week to collect the leftovers.

Today, there is a big chilly bin full of warehou heads waiting to be picked up.

"These are going out to Wesley Community Action Group in Waitangirua and they'll give it to their whānau so we'll go out this morning and go out on the road with them to deliver them," he said.

LegaSea began its Kai Ika project at Papatūānuku Kokiri Marae in Auckland, where more than seven tonnes of fish offcuts have been distributed to the Māngere community since 2016.

The initiative aims to utilise every part of a fish including its guts, frame, head, and eyes - by turning it into delicious meals, or fertiliser for gardens.

Kai Ika started in Porirua just last week, a place where Mr Makalio said hundreds of Pacific and Māori families needed all the help they could get to put food on the table.

"I found a couple of people that haven't been eating for about a week and I just dropped some fish off to them and they loved it. They just wanted to know when the next [delivery] was," he said. 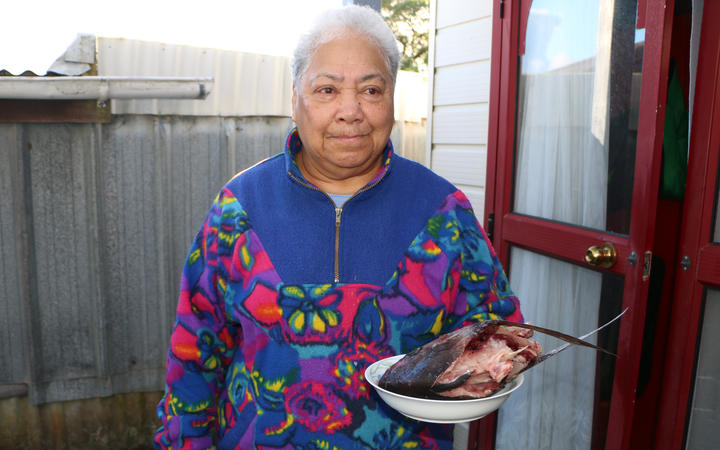 The first stop is at 80-year-old Papai McMullan's house.

Her eyes light up when she sees Mr Makalio approach with a fresh fish head in his hand.

"Wow, oh yeah. I was brought up on fish heads," she said.

"There's meat inside, all around, and around the cheeks. I put the oil on the bottom, not too much, and put all the spices on top and bake it."

Lou, or 'Little Lee' as he is otherwise known, is just as excited for his delivery.

He runs out to meet Mr Makalio holding a giant pot, and tells him how he plans to cook his fish.

"Put it with coconut cream, salt and onion ... just beautiful. It's for my tea tonight," he said. 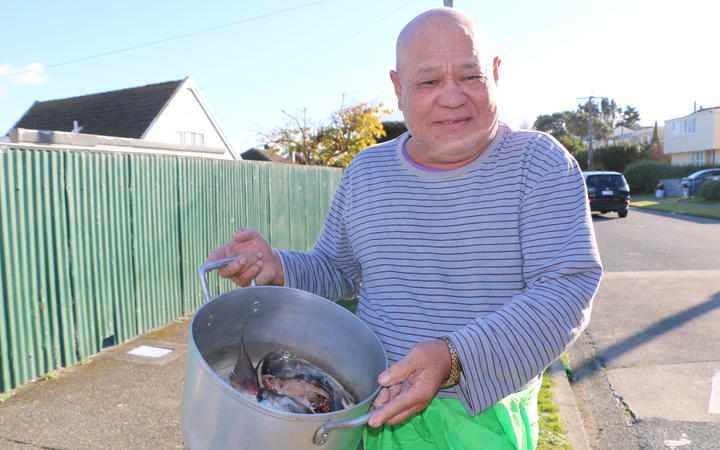 A stop is made outside Cannon's Creek TAB, where one worker rushes out to collect a few fish heads of his own.

"I'm just gonna boil it with water and onion, easy as. Just onion, salt, five minutes, cooked. It's fish heads so it doesn't take that long to cook it." 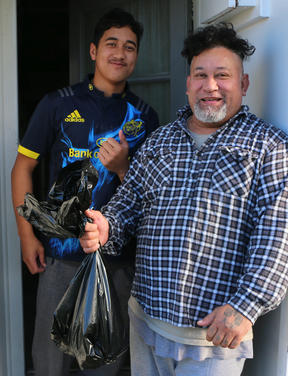 Fresh, delicious, easy-to-cook kai that would have otherwise gone to waste will feed five families when the delivery day is over.

But Mr Makalio said there were many more in Porirua who would miss out, and he was hoping to grow the project to feed even more.

"We've got youth groups and there's no reason why they can't grab some and cook it up for a feed when they have their wānanga," he said.

"[Supermarkets] and all them and they're just biffing everything. What it means to me is like, does it get chucked back in the sea or does it feed a family?"

LegaSea has recently signed an agreement with Mana Cruising Club where it will operate Kai Ika from October.

It expects to collect and deliver at least six tonne of fish over a period of 12 months.