Family of ground-breaking New Zealand filmmaker Merata Mita will host screenings of a documentary about her around the country tomorrow for its Mother's Day release. 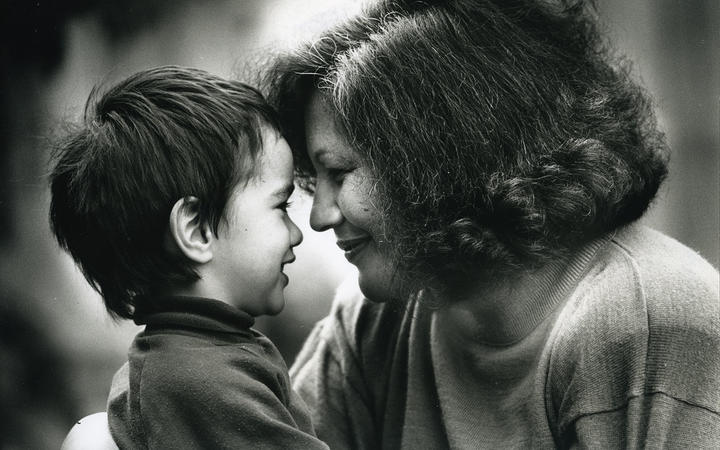 Merata: How Mum Decolonised the Screen is a portrait of filmmaking icon Merata Mita and tribute from her son, Hepi. After receiving critical acclaim at its international premieres it will be released in New Zealand tomorrow.

Merata was the first woman in New Zealand to write and direct a dramatic feature film, Mauri, in 1988. She was a director and producer for more over 25 years and made films such as Patu! about the clashes between anti-apartheid protesters during the 1981 Springboks' tour.

Members of Merata's family will be at screenings in Auckland, Tauranga, Gisborne, Rotorua, Christchurch and Wellington. After, director and Merata's son, Mr Mita, producers Cliff Curtis and Chelsea Winstanley, will then fly to the United States for the release and a special screening hosted by Taika Waititi.

Mr Curtis said Merata was "a warrior of great courage, clarity and love".

"I first met Merata in Beverly Hills where she was living and working. She was proof of what was possible coming from Maketu to defy all the odds.

"Merata inspired me to tell stories from home and from the heart to reach the world."

Mr Mita said he only witnessed the last 20 years of his mother's life.

"But what a time that was! Living in Hawaii, working in Hollywood and connecting with indigenous communities around the world.

"Myself and her colleagues of that time were blissfully unaware of the sacrifices she made to get there, likewise people here in Aotearoa never got to see the far-reaching impact of her mahi. Through working on this film, I've been able to bridge that gap."

"She was an extraordinary woman who at the heart of it all was a loving mother and grandmother and for the filmmaking community coming up, she was a motherly figure who was creating an international whānau that we now all get to be a part of.

"As a solo mother of five children in her 40's making her first narrative feature she reminds me it is never too late, you don't have to follow anyone's path except your own and you will get there when you get there.

"Her legacy is relevant."