Iwi in Taranaki are upset the government has put their ancestral land up for oil and gas drilling. 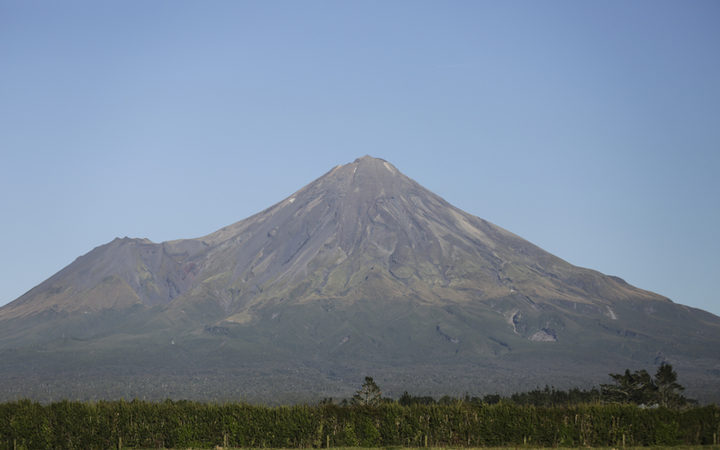 Land covering 2200 square kilometres around Mt Taranaki has been put up for tender for oil and gas drilling. Photo: RNZ / Rebekah Parsons-King

"What happens if they ruin our whenua and then go off when they have found nothing and dug holes everywhere?

"A community with uncertainty can't reach its full potential." 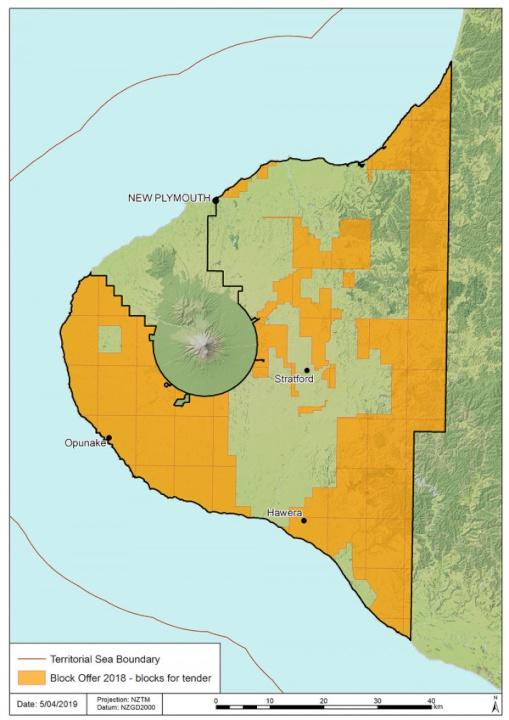 This is the first block offer for this government and comes after last year's announcement it would ban new oil and gas exploration out at sea - but not onshore.

"It should have been a stake in the ground: There is not going to be any more offers," she said.

"They went for a bob each way and we are sick and tired of these sorts of attitudes."

Ngāruahine recently settled its treaty claims for $67.5 million dollars but Ms Noble said oil exploration was holding them back.

"The opportunities that exist for us at home, near my hapū, is about our whenua. By the time it comes back to us, all the goodness of it is gone. It's already taken out.

"How do we develop our whenua when you have already taken the best part away?"

Former Green Party candidate for Te Tai Hauāuru, Jack McDonald, is gutted with the offer, which covers his own tribal lands.

"It is a slap in the face that this so-called progressive government, which is meant to be taking a new approach to climate change and a new approach to Māori-Crown relations, would actually continue with this approach."

The government aims to reduce New Zealand's emissions to net zero by 2050.

"I sympathise with them but until we can transition to a low emissions economy, we are basically going to have to live with the situation we are in."

The tender closes 28 August. In a new move, companies must engage with iwi if they want to explore within 200 metres of a sacred site or waterway.

But Ms Ngarewa-Packer said under the Resource Management Act and in agreements they formed with the companies, their area of influence extended to 500m.

"But for us, some companies could sit there and say, 'Oh we are going to default to the Crown process, versus yours.' So to a large degree, it falls shy off the expectations we have on the company."

She said without the power to veto, iwi ended up in costly legal fights.

Last year, Ngāti Ruanui won a lengthy battle to stop seabed mining off the coast of Patea. It is one of many legal challenges the iwi has pursued.

Ms Ngarewa-Packer said it took a toll and all of that pressure came back each time a block offer was announced.