Residents of Tikorangi in rural Taranaki say the volume of oil and gas traffic in the area is becoming dangerous and affecting their quality of life. 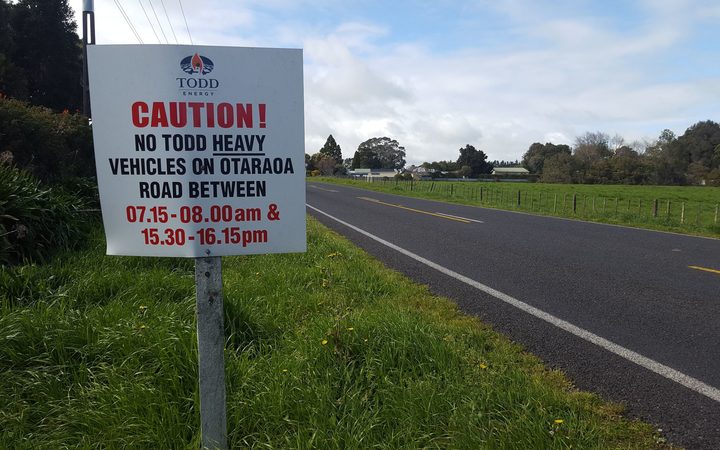 Traffic volumes have increased about 48 percent since 2013 and a cyclist recently required hip surgery after hitting a pothole and crashing his bike.

Following complaints from locals, the New Plymouth District Council laid counters on Inland North Road earlier this year which found average daily traffic was 1440 vehicles, up from 974 when the last count was made in May 2013.

About 11 percent were heavy vehicles.

Abbie Jury and her husband Mark run the Jury Garden on Otaraoa Road which Mark's great grandfather established in the 1870s.

Abbie said her property was surrounded by oil and gas installations and they closed the garden to the public in 2013 because of the traffic.

"We should've, with the benefit of hindsight, closed a year or two earlier and one of the major reasons we closed was because of the oil and gas industry because the volume of heavy traffic was such that getting people on and off the property safely had become really dangerous."

Ms Jury believed the traffic had since got worse. 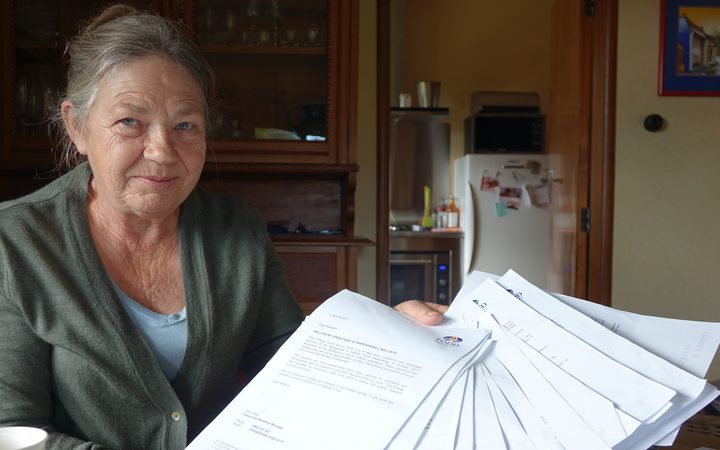 It ramped up every morning after 8am following the school bus run, she said.

"There's a certain base level that happens in terms of the LPG tankers and what have you coming down from McKee but then there's just overlay and overlay of ongoing construction, major maintenance and building projects.

"You would not believe how much metal and concrete has gone past our front gate."

This year alone she had received 38 advisories from Todd Energy warning of heavy vehicles and other activities, she said.

The area had been transformed from what it was when she arrived four decades ago, Ms Clark said.

"These days there's processions of early workers and I know when the LPG tankers go through. I know when the big loads come through, it's changed the nature of the district completely." 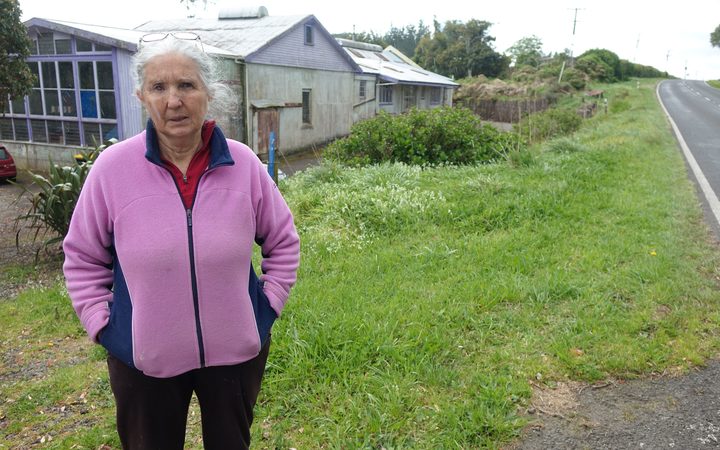 The council had told her the traffic increase was inline with the rest of the district, Ms Clark said.

"But we haven't had a 48 percent in our population nor anything else. Tikorangi is really the same. The only thing that has increased is the activity of the oil and gas industry."

New Plymouth cycling enthusiast Phil Parli normally rides out to Tikorangi every week, but in June he took a nasty tumble.

"One particular night I got blinded by some headlights of a car coming out by Tikorangi school and at the same time I hit a pothole that hadn't been on the corner of the road the week before and I came down and smashed my hip on another pothole alongside of it and removed the head of my femur." 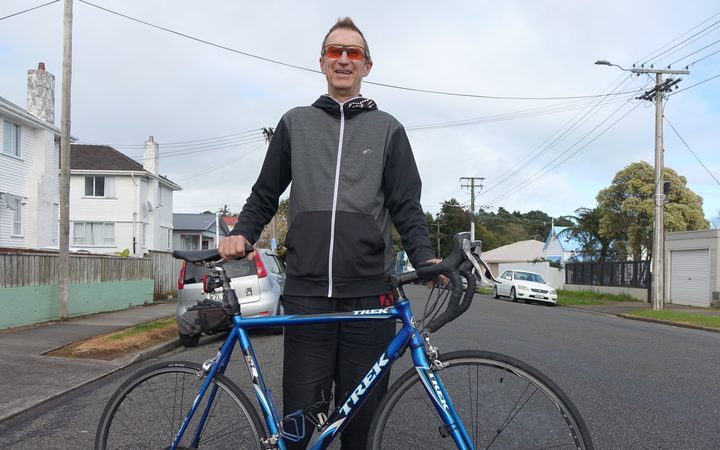 Mr Parli required a hip replacement and still walks with a limp.

He reckoned a combination of heavy rain and traffic volumes at the corner at Ngatimaru Road and Inland North Road caused the potholes.

In emails, the council's roading division said it was only notified of the potholes by Ms Jury after Mr Parli's accident and they were fixed.

Todd Energy operates the McKee and Mangahewa fields, both accessed via Otaraoa Road, and is the biggest player in Tikorangi.

In a statement, it said it took road safety seriously and worked hard to minimise the impact of traffic on the community.

The company said its resource consent conditions required it to operate under a council-approved traffic management plan.

Consenting and land manager Tanya Hansen said the company tried to work alongside the community.

"Greymouth always try to manage operations to keep vehicle movements to an absolute minimum. Minimising disruption to the community is a key focus and we do always respond to public feedback.

"We also have an arrangement with the Tikorangi school where we don't truck during any school pick up or drop off times."

Greymouth had not received any complaints from the Tikorangi area for more than four years, Ms Hansen said.

In a statement, the New Plymouth council's chief operating officer Kelvin Wright said the district was classified a high-growth area and it expected to see more vehicles on its roads.

It was about balancing this growth with ensuring roads were maintained and reviews carried out to improve safety, Mr Wright said.

However, the council could not tell RNZ how many vehicle movements oil and gas companies were consented for in the Tikorangi area or if they were being monitored, and whether the companies were meeting the requirements of those consents.