A nearly $4 million plan to build half a dozen houses at a Christchurch marae marks the end of a long fight for iwi to live on ancestral land. 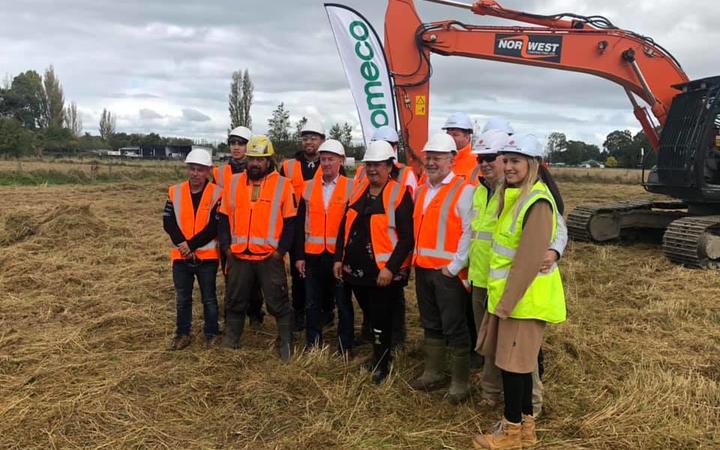 Turning the first sod for the papakāinga on Tuesday at the announcement at Tuahiwi marae. Photo: Supplied

The government has announced it will build six homes at Tuahiwi marae near Kaiapoi, and will repair sixty houses in the region.

It's a welcome move for Te Ngāi Tūāhuriri Rūnanga chair Arapata Reuben, who has lived in the small pā at Tuahiwi for 25 years. He spent his childhood there and said the new papakāinga development is major.

"For me, it means that all of my children can live next to me," he said.

"I have already passed over my lands to them already which means they can now build on their whenua next to their mum and dad, they can grow up and raise their children.

Mr Reuben said local government had restricted the building of houses on the pā for decades. Local Māori fought for more than 10 years to lift the restrictions, which eventually happened in 2015 through the post earthquake Canterbury Emergency Act. 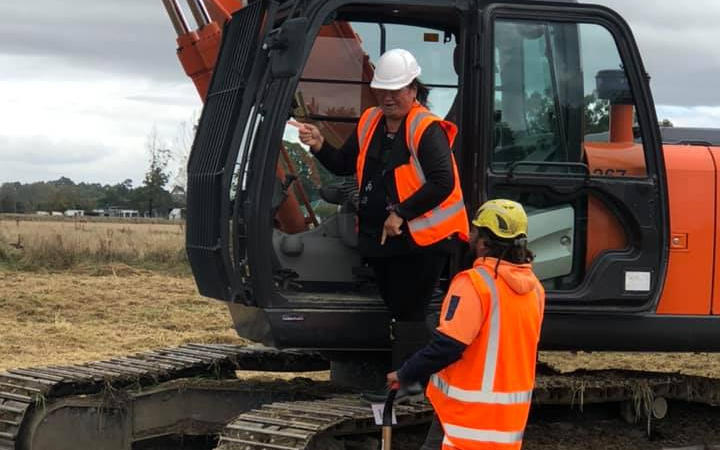 Rūnanga chief executive Te Maire Tau said this is the first new housing development there since.

"It is kickstarting it because villages, community, pā exist by people," he said.

"The local council stopped our people from building here in the 1960s. So since the '60s through, other than a few exceptions, our people have never been allowed to build in their pā."

But Tuesday's $3.7m announcement signals a new era - 60 houses across four marae in the region will be repaired and six homes will be built at Tuahiwi marae.

Mr Reuben said the marae and local school would be better for it.

"Because we are still very rural, everyone likes helping out in Christchurch but at times we have struggled around our own marae."

Māori Development Minister Nanaia Mahuta said the people of Tuahiwi have wanted to move home for years, especially after the 2011 earthquakes.

She said this project will create jobs in the area too.

"They have partnered up with a builder who has employed locally and they have a procurement policy that, if possible, they will contract locally with Māori business from their communities," she said.

"It is all a positive space for them to be in at the moment."

The Ngai Tuahuriri rūnanga said another six houses were not far away from getting consent from the council. A number of families have already applied to build on the pā.

Dr Tau said there was a strong case for iwi to control the consent process and be paid the rates.

"The tribe generates all of the revenue and rates yet none of it goes to the villages," he said.

"It is probably timely for a conversation on how much our tribal authorities have real regulatory authority on reserved Māori land.

"If we control the infrastructure, there has to be a question over the role of local government."

Applications to live in the papakāinga homes is yet to be determined but the houses will be built by October at the latest.

Those at Tuahiwi said it was a step closer to the ideal day when there were 50 men at the pā to put a hāngi down.