Up to 40 people were at Tuahiwi Marae for the monthly Te Rūnanga o Ngāi Tahu meeting when the earthquake hit Christchurch yesterday. 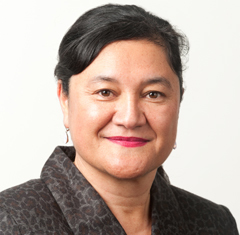 The marae is north of Christchurch between Rangiora and Kaiapoi.

The group had just finished a Ratana church service when the wharenui or meeting house called Maahunui started to sway.

Te Rūnanga o Ngāi Tahu chief executive officer Arihia Bennett said the new wharenui which was built in 2012 during the rebuild swayed like a ship but sustained no damage.

"The wharenui itself, because it was built in November 2012, was earthquake strengthened and we'd put a lot of extra funding into the geotech information to make sure we were up to spec."

She said everybody just stopped and looked at each other "there wasn't any shaking like a few years ago it was like a swaying, like being on a ship rolling back and forth".

"We were all together in the wharenui which is a new building and the swaying backwards and forwards really gave a sense of security to a lot of us who were involved in the rebuild but there was also a bit of anxiety amongst our kaumatua.

"When it stopped our marae co-ordinator got us to move outside to designated safety areas."

Some whanau left the hui immediately and went home to check on their whanau, Ms Bennett was one of them and she said the kaumatua at her house were distressed but have recovered quickly.

The marae buildings were assessed this morning and Ms Bennett said they were delighted there was no damage.