Waikato-Tainui has signed an agreement with Oranga Tamariki with the goal of keeping its children out of state care. 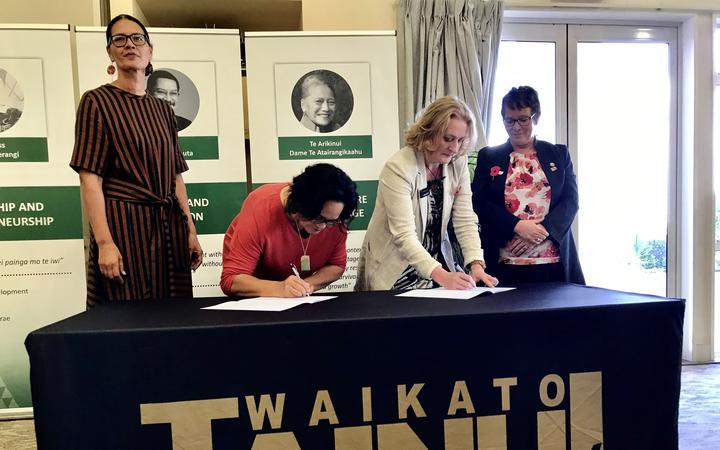 The agreement was signed in Ngāruawāhia at the Waikato Tainui College for Research and Development today and was also attended by Minister for Children Tracey Martin and Minister for Māori Development Nanaia Mahuta.

As part of the agreement, Waikato-Tainui will work alongside Oranga Tamariki to ensure children in state care are placed with or connected to their whānau, hapū, iwi and cultural identity.

The two organisations will also share information and will set targets to improve outcomes for Waikato-Tainui tamariki.

"For example, we've developed new ways to recruit kin caregivers in with Waikato-Tainui using a marae-based assessment and learning model."

It is the third deal signed between an iwi and Oranga Tamariki, with agreements signed by Ngāi Tahu and Ngāpuhi last year.

Māori children make up 59 percent of all children in state care.

Oranga Tamariki found that 220 children were abused while in its care last year and 70 percent of those were Māori.

Māori Council executive director Matthew Tukaki has called for an independent Māori children's commissioner to provide oversight and advocacy on behalf of Māori children and their whānau.