As house prices continue to soar, Māori are using their land to create affordable homes for their people. 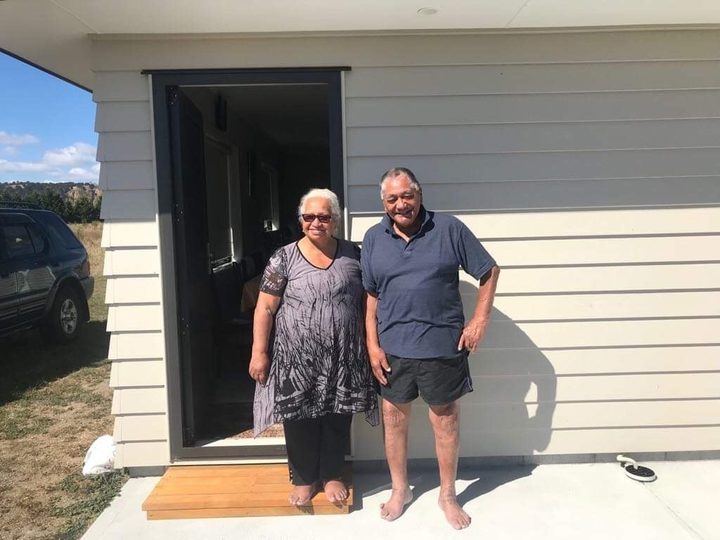 Frances Reiri Smith (left) is delighted with her new modern two bedroom house, while Arthur Namana moved to the papakāinga at the end of December. Photo: RNZ / Te Aniwa Hurihanganui

And with so many descendants living back on their land, they hope to bring life back to the marae again.

Frances Reiri-Smith, who is in her seventies, is delighted with her new whare.

The entire papakāinga is made up of two two-bedroom homes and four three-bedroom houses.

And because the papakāinga is managed by a community trust, there are other benefits too.

"For us who have gold cards, 25 percent of that gold card is what you pay.

"We have a good relationship with the council but they don't have any control of the rates and those sorts of things. Those conditions are set by the trust so the leadership and the management and the papakāinga are in our control."

The papakāinga is one of 16 across the country, built through the Māori Housing Network.

The initiative was launched in 2015 by Te Puni Kokiri, to support Māori to plan, build and fund affordable rental homes.

Papakāinga are spaces for whānau to live as a community and maintain their connection to their whenua.

And Ms Reiri-Smith said she had never felt closer to hers.

"Look out here, we can see all around, all our maunga. Beyond those pine trees is Rangitumau, this is Maungaraki and over here, Tararua. Out there, there's Te Whiti.

"We can look straight up to Ngārara Huarau, Kourarau Dam, and Parakauiti. I was raised here, and my grandparents had the last little batch that was here and they planted the plum tree."

Arthur Namana moved in next door at the end of December.

He was born at the marae in 1935 and still remembers milking cows by hand nearby as a child.

"Our milking shed is just outside the door, we used to milk cows here in those days.

"We had 15 and I started milking cows by hand when I was five. We used to cut all the cream and the milk."

It is no mistake Mr Namana was chosen to live in one of the whare at Hurunui o Rangi.

As the oldest person living in the papakāinga it is his role to preserve and pass down the history of the area.

"I was born in the mansion over there in the back room. We had a church, a meeting house [and] we had three one-room bungalows which had no floors in it, [just] a ground floor.

"We had 14 houses at one time and today of all the houses that were built, the mansion is the only one standing. It's changed, probably for the betterment of what's happening today, but the memories are still there." 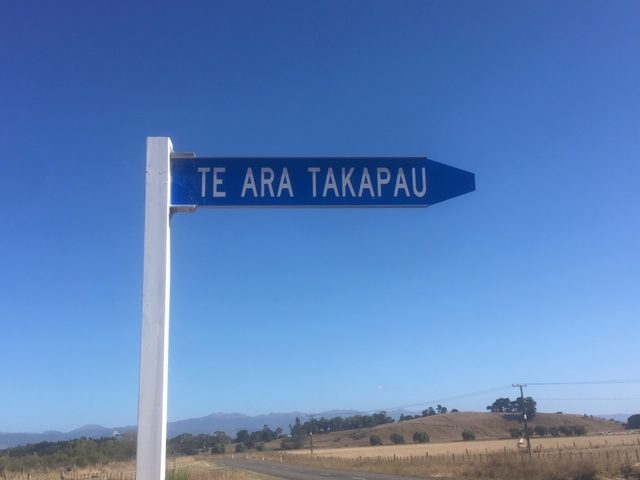 The trust used a $1.6 million grant from Te Puni Kokiri, and a Kiwibank Kainga Whenua loan to pay for the papakāinga.

A worthy investment for whānau living there who now have a warm and secure home they can afford.

But the biggest benefit for Ms Reiri-Smith was having the chance to bring life back to the marae.

"The harakeke [flax] we have come from Pāpāwai and having my moko here to help me plant it is just brilliant. We get more people at our meetings now. There's just a lot more emphasis to awhi [embrace] and keep our marae warm."

The papakāinga can be found on Te Ara Takapau, 10 kilometres east of Carterton.

The people of Hurunui o Rangi named the street themselves.