It was a much quieter and calmer Waitangi than previous years but a Labour minister from Ngāpuhi worries that if things continue this way it will become very bland. 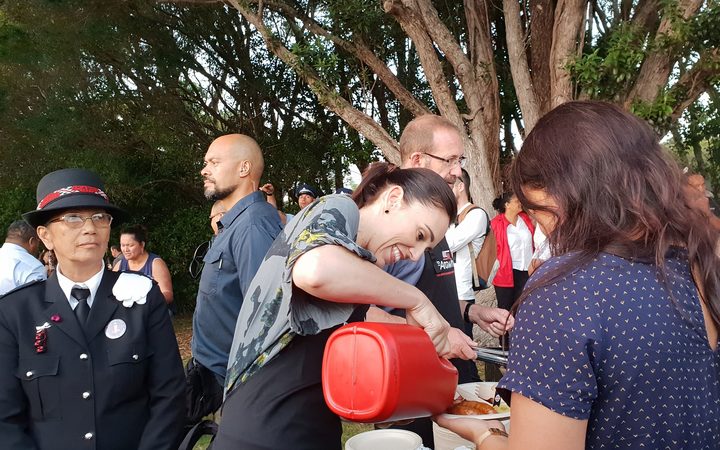 Last year was one of many firsts for a then-hapu Prime Minister and there was much optimism from the North about what the coalition government could deliver.

Jacinda Ardern returned this year to a very low-key Waitangi.

More than 1000 made the pilgrimage up to the Treaty grounds for yesterday's dawn service, attended by dignitaries including the Prime Minister, Chief Justice and representatives from the Navy and Fire Service.

But while the service was free of any protest, some points were still made loud and clear.

Some politicians have been tested on their knowledge of the three articles of the Treaty in the past few days, and not all have passed with flying colours. 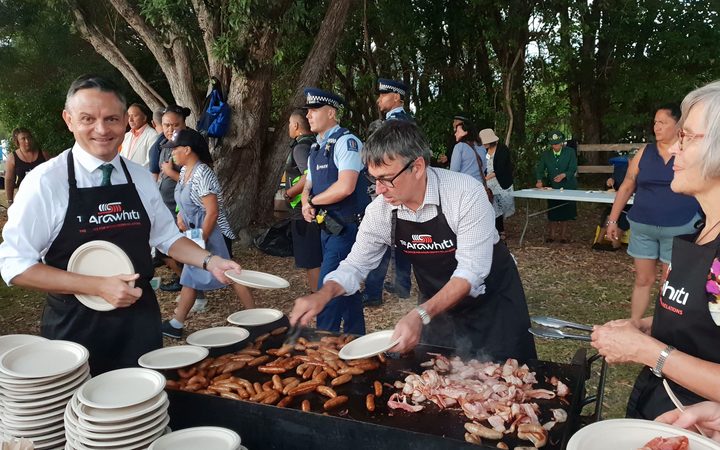 Here's what the Ngāpuhi leader Sonny Tau had to say about that when he addressed the crowd.

"If we're going to lead a country, we need to learn the articles of the Treaty of Waitangi.

"There are some of us leaders who've slipped up on that and all I ask is by this time next year is that we all know the articles of the Treaty of Waitangi.

"There's a lot of angst about the Treaty and a lot of people don't actually realise the beautiful document that it is."

Whānau Ora Minister Peeni Henare, who is from a long line of Ngāpuhi leaders, agrees and said an understanding of the Treaty is important.

He's taken it as a challenge to teach more MPs about the Treaty when he returns to Wellington.

In the case of the prime minister, Mr Henare said she's come a long way since she first sought his help with Reo Māori.

"You know I hear her rolling those words out more frequently, like she did at the iwi leaders' forum.

"It's bloody impressive to see her understanding of those concepts and her ability to interplay between English and Māori is important. She always apologises for her Pākehā tongue but she does well."

As for how the commemorations have gone this year - Mr Henare is worried Waitangi's too quiet and Te Tii is being left out because of what has happened there in the past.

"I'd hate for it to become rather bland and I'd like to see a little bit more intermingling between the forum tent down there and what goes on up here."

Looking to the future, he said there's still work to do.

Yesterday, wasn't all about politics though.

In what is shaping up to be a Labour tradition, the prime minister and her colleagues chucked on aprons and grabbed some tongs to cook up a barbecue feast for the hungry crowd.

Ms Ardern got tomato sauce duty, which was a good opportunity to chat with visitors, and in the case of some excited children, discuss exactly how many servings of bacon they'd had.

The next time the government returns to Waitangi it will be an election year.