A Māori health organisation has prematurely released a 207-page report on Māori submissions to the mental health and addiction inquiry a month ahead of the government's planned date.

The Whakamanawa report is a summary of the Māori submissions to the inquiry and is supplementary to the final report which was publicly released 4 December.

In an update on the inquiry's website on 12 December, the secretariat noted a delay in the completion of the Māori voice summary and that it would be available from late January.

Instead, Te Rau Matatini leaked the Whakamanawa Māori voice summary report on its Facebook page last night. The move followed growing anger in the Māori community at what many felt was a white-washed final inquiry report. The post relating to the report now appears to have been removed from Facebook and the website which linked to the document also appears to have been deleted today.

"Here are the missing voices that must be heard," Te Rau Matatini posted.

"We have been asked to not release this report however we advocate for Māori and we challenge the system to ensure our submissions to the inquiry are truly captured."

The Whakamanawa report was influenced by meeting notes from 119 consultation hui, 96 written submissions, 74 online submissions and three phone calls made to the Inquiry 0800 number.

The government was criticised when it received the mental health and addiction inquiry report 28 November, but wouldn't give a definite date on the public release - aside from saying that it would be made public no later than December 19. It was later released to the public 4 December.

Yesterday the Submissions Summary report and the Summary of Submissions featuring Pacific voice were published on the inquiry website.

The Māori voice summary was still being finalised, the secretariat said on the website, and "after a review to ensure privacy, confidentiality, and natural justice, will be released here in late January 2019".

"Those most at risk of suicide, addictions and poor mental health outcomes are disproportionately Māori," she said

Dr Lawson-Te Aho, who is an academic at the University of Otago, asked why the government wasn't doing anything new.

"It defies logic and could be interpreted as an extension of colonisation and a reflection of racism, homophobia and the social position of Māori in Aotearoa."

Applying a genuine Te Tiriti o Waitangi analysis meant the Māori voice had to be more than expressing suffering in the mental health system, she said.

"It becomes imperative that Māori are alongside the government in a genuine Treaty-based partnership.

"Consultation with Māori which is apparently subsequently ignored is not partnership. Nor is invisibilising what Māori have to say...The process of the inquiry has failed to faithfully represent or to heed the Treaty partner."

Michael Naera, project leader at Te Runanga ō Ngāti Pikiao Trust, which aims to prevent suicide in Rotorua, said he was "in awe" of Te Rau Matatini's decision to release the document.

"The document should have been released at the same time as the inquiry report," he said

"Shame on the government for thinking they would receive praise without it. 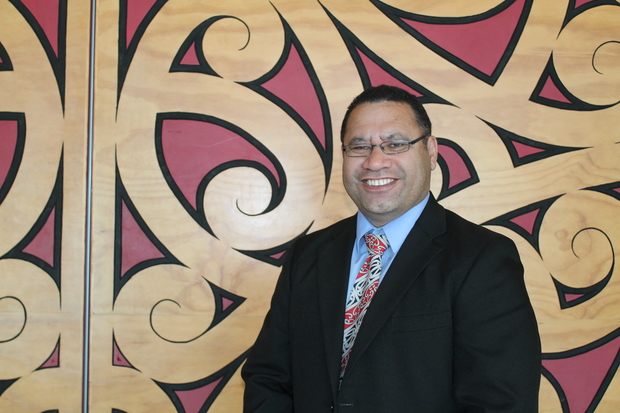 Michael Naera said he was "in awe" of Te Rau Matatini's decision to release the document. Photo: RNZ/Justine Murray

"I was so elated that I was doing fist pumps at my desk ... not only did Whakamanawa showcase our stories, successes, hurts, pain, and frustrations. I was extremely happy for our people, my community and whānau I work with."

He was concerned that since Whakamanawa was a supplementary document it could be less binding.

"I can foresee the Whakamanawa document ending up a dust collector on a bookshelf.

"This has happened before and I'm not confident goverment will support the importance of it all or even reconsider adding to the existing 40 recommendations.

"For me, the inquiry report was a complete shambles for Māori and failed to take into consideration the diversity and demographics of New Zealanders."

He said the official inquiry report didn't mention the National Māori Strategy for Addressing Suicide, nor the Turamarama Declaration (Indigenous Suicide Declaration). Yet the Whakamanawa report clearly highlighted those documents as a way to reduce Māori and indigenous suicide.

"These documents were put through a vigourous process by hundreds of people including the national Iwi Chairs Forum, the Kingitanga and Māori specialists and academics nationwide. So why on earth would they exclude them from the recommendations?

Despite strong views among Māori encouraging inclusion of te ao Māori (a Maori worldview), matauranga Māori (Māori knowledge), whanau and te reo (the language) as essential aspects for well-being, these principles were left out of the recommendations, he said.

"Unless Māori are at the forefront of change then we will fail to see that change. You cannot talk about us without us, and roll out frameworks from another system and expect it to work for us. We cannot wait another 10 years before these recommendations come to fruition. It's simply unacceptable. Too many of my people are dying."

The Mental Health and Addiction inquiry panel - which included respected Māori mental health expert Sir Mason Durie and Māori consumer advisor Dean Rangihuna - only had a limited amount of time to report back to the government. The inquiry panel received thousands of submissions and held 26 public meetings this year.

In an emailed statement, the Department of Internal Affairs said the summary of submissions containing Māori voices would be released in late January 2019.

"Now that the independent Government Inquiry into Mental Health and Addiction has reported to government, the Department of Internal Affairs is responsible for administering the records of the Inquiry in accordance with the Panel's decisions.