Mental health advocates are slamming the make-up of a Ministry of Health working group to advise the government on how to respond to the Mental Health and Addiction inquiry. 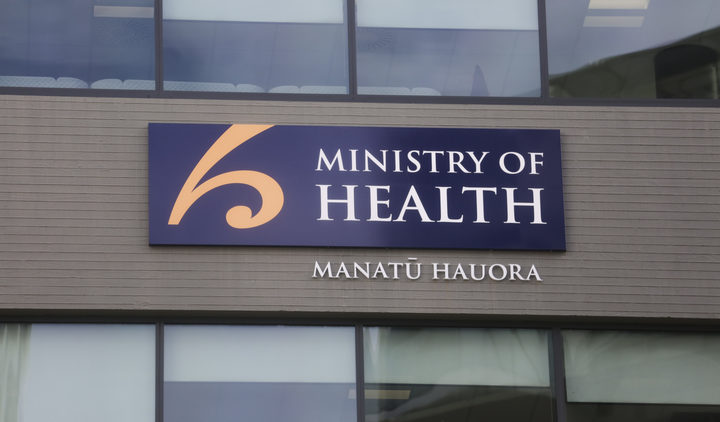 The 21-member "leadership team" will respond to the recommendations from the inquiry, but advocates say the group is stacked with the vested interests of district health boards and only has one member representing those with lived experience of mental distress.

Minister of Health David Clark was handed the report - initially due on 31 October - yesterday. The report is 200 pages long and has 40 recommendations. The public will see it at a later date while the government digests its findings.

The leadership team was announced in an email to stakeholders on 13 November from the Director of Mental Health, John Crawshaw, and the chief executive at Lakes District Health Board, Ron Dunham. Mr Crawshaw and Mr Dunham are the co-chairs of the group, which is named the Mental Health and Addiction Health Sector Leadership Group (HSLG).

The email referred to a meeting in late October where the group talked about the importance of "ensuring the programme is responsive to Māori and amplifies the voice of lived experience".

But advocates are concerned that of the 21-member team there is only one representative for the voices of those with lived experience of mental distress, and one representative for family members. The email said the group "will not be a closed room" and would be wider than the 21 members, "though those people are the core membership of the HSLG".

The group would seek a broad range of voices and members will act as "connectors to channel perspectives, views and feedback".

"They will link in through a range of forums and national, regional and local meetings to feed into the Ministry's advice to the government."

The email also outlined a timeframe saying "early in the New Year we will be gathering feedback, collecting our thoughts and formalising our response to the Inquiry findings".

"From there, we will begin development of the longer term plan to deliver on the direction agreed by cabinet to respond to the recommendations of the Inquiry."

The group aims to "carry on the good work of the Inquiry".

"We must acknowledge our past, be grounded in the present, and be ready to transform", the email said.

"It was very pre-emptive of the Ministry of Health to establish a leadership group before they know the flavour of the recommendations [of the inquiry]."

Eleven of the members represent DHBs, two represent the Māori community, and one represents mental health and addiction NGOs, she said.

"The group is dominated by DHBs and has just one person with lived experience on it. Why did the ministry set up a group like this? Maybe they are worried that health will no longer be at the hub of the new system and are trying to retain their power base.

"Note: while there is only person on the leadership group acting as a formal consumer representative, Shaun Robinson, chief executive of the Mental Health Foundation, is also on the group and has lived experience of bipolar.

"Maybe they are deeply out of touch with the mood for change. Maybe they don't understand that they can no longer just inform and consult but need to engage people in participatory design."

Ms O'Hagan said we have gone backwards in our approach to mental health, citing a 1989 national policy group that she was on which committed to having no less than two people with lived experience on it.

"If we were making progress the current group would be co-chaired by a person with lived experience and have several of them on it. We are not going to take this any longer."

Ms O'Hagan, along with Changing Minds chief executive Taimi Allan, Tracey Cannon and Magdel Hammond, have founded a group called the Wellbeing Coalition Aotearoa as a way to hold the government to account on the inquiry.

"The Ministry of Health newsletter announcing the group illustrates perfectly why they are unfit to lead the implementation of the inquiry recommendations," Ms O'Hagan said.

Ms Allan highlighted the importance of a cross-sectoral and cross-ministerial response.

"The individuals who currently make up the group are well regarded and respected by us all in the Health Sector, [but] we have enough evidence now to know that improving the mental health of all New Zealanders is not the sole responsibility of our specialised sector, nor should it be.

"Our extended community have expressed to us significant concerns that the group's membership currently reflects the status-quo of Mental Health Service provision."

Life Matters Trust chair Corinda Taylor, whose son died by suicide in 2013, said the setting up of the group was not a fair process. She said people with lived experience and families bereaved by suicide or living with people with mental distress should be represented.

"We know where the system has let us down. If you look at the group - they are all CEOS and managers and people quite high up in their organisations ... they may well claim they have lived experience as well, as they so often do, but the people that want to be part of that are going to be excluded.

"Unless we have a strong voice that have equal say or equal representation on that group, it's not a fair process."

In a statement, Dr Crawshaw and Mr Dunham, the co-chairs of the leadership group, said the group had already identified that the perspectives of those with lived experience and Mâori needed to be strengthened and were seeking to address this.

"The HSLG will work with the sector, including those with lived experience, and may set up advisory groups or focus groups.

"The HSLG is intended to work within their own networks to provide advice and context to the Ministry as it responds to whatever is in the Inquiry's report. The HSLG is wider than those on the list - they are bringing through feedback and perspectives from networks and stakeholders."

"The HSLG is not intended to act as a Mental Health Commission. It is about getting the best advice from the sector, with as many different perspectives as possible, to allow the Ministry to respond to the Inquiry's findings or recommendations in a swift fashion where appropriate."