A new website is helping Māori around the world connect with their heritage. 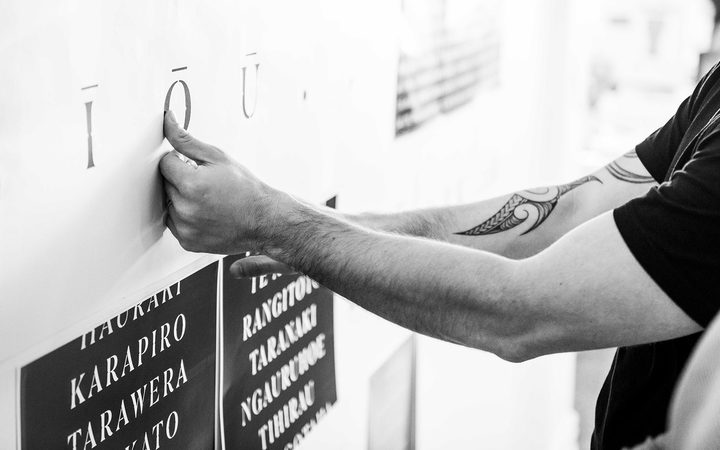 Pepeha are commonly used by Māori to explain their iwi connections. Photo: Designworks

The website is called Pepeha and provides a way for people to learn and display their Māori whakapapa or genealogy.

Pepeha are commonly used by Māori to explain their iwi connections.

Danielle Taimana, 24, has only ever known her parents last names and that she was from Taupō.

Ms Taimana's pepeha is Ko Tongariro te maunga, Taupo te moana and Waikato te awa - Tongariro is her mountain, Taupō is her lake, and Waikato is her river.

These are all landmarks that identify her tribal connections.

"The website actually helped me because it shows how to create one and if you need help. So I clicked that and they gave me more information about what Maunga I would probably be the closest to."

Over 10,000 people have accessed the website which was only launched just over a week ago.

Ms Taimana went on the site and she saw the different mountains in Taupō and then rang her mother for more information which she then uploaded to the website.

Anzac Tasker of Te Whānau-a-Apanui launched the Pepeha website during Māori language week as one way to help the reo Māori revitalisation.

He got the idea for the website while he was in his te reo Māori class.

When he saw people fold up their pepeha which they kept on a piece of paper and put it in their back pocket, it sparked the idea for the website.

"I've got this idea, can we figure out a way of housing the pepeha in a more beautiful way so that people can take pride in it a little bit more and print it," Mr Tasker said.

Once you've created your Pepeha on the website you can then choose one of the four display options.

The most popular is the free option of a low-res JPEG which can then be uploaded to social media.

Waikato University Professor and Māori tikanga expert Pou Temara said a pepeha was important because it established the identity of the person through their land or whenua connections.

"Land is very important. Without land you don't have a place upon which to stand and to establish your mana," Mr Temara said.

He said it can be difficult for Māori to understand their identity without knowing their pepeha.

"They have a responsibility to learn because it is through knowing where they come from, knowing what their pepeha is, that is what establishes who they are," Mr Temara said.

The pepeha website is a not for profit organisation. 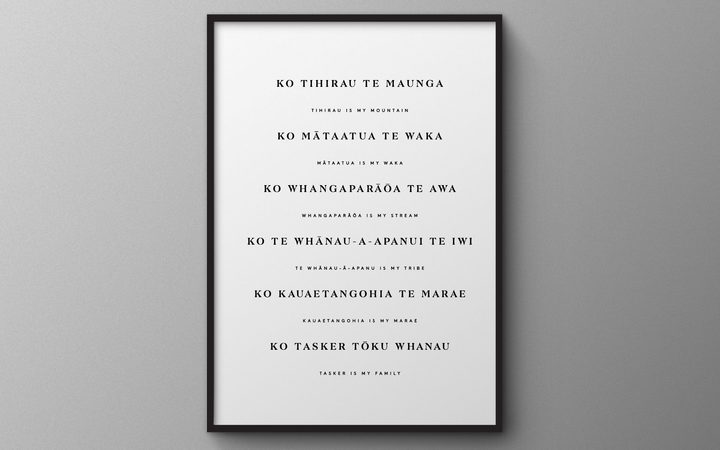 Pepeha are commonly used by Māori to explain their iwi connections. Photo: Designworks