The fight to keep a Māori Catholic boarding school open has come to an end - with Minister of Education Chris Hipkins announcing its doors will close. 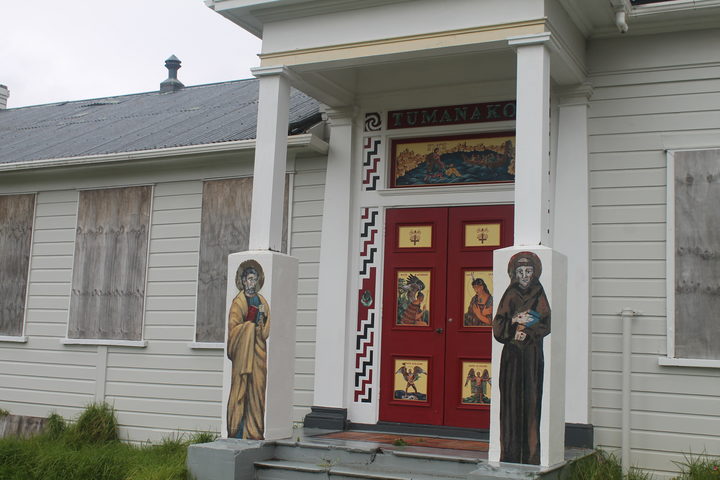 Hato Pētera, which first opened 90 years ago, had its integration agreement cancelled today by Mr Hipkins.

The future use of the land, gifted to the Roman Catholic Bishop of the Auckland Diocese, has yet to be decided.

Hato Pētera was set up in 1928 as a private school before becoming state integrated in 1981. At the peak of its popularity in the 1990s more than 200 students attended.

However, this year a commissioner was put in charge of the school and the school's roll plummeted to just one student.

Mr Hipkins said the school was no longer capable of providing a quality education.

"The sad reality is that there aren't any students left at Hato Pētera," he said.

"The advice I received from the ministry made it very clear that any students who did enrol at Hato Pētera weren't going to be receiving the standard of education they should be."

It was costing more than $200,000 to keep the school running for one student - and the school's grounds and facilities had fallen into disrepair.

With the school currently sitting empty, Mr Hipkins said the process of closing the school should be quick.

In a statement, Auckland's Catholic Bishop Patrick Dunn said today's decision was in the best interests of students.

Lance O'Sullivan is one the most well-known alumni from Hato Pētera and said being at the school he saw what proud Māori men looked like for the first time.

"People like Lang Davis, Sir Toby Curtis to name a few that inspired me to realise that Māori men with mana existed and I hadn't seen that before I went to Hato Pētera."

Dr O'Sullivan has mixed feelings over the school's closure.

"The second part is I'm optimistic about what could be possible for the future."

This future, the Catholic diocese said includes discussions with the Ministry of Education about the use of the college facilities by another school, and the possibility of setting up a Hato Pētera hostel and academy to support a new model of education at the current site.

Dr O'Sullivan said there was also a chance to rebuild ties with small communities like the Hokianga which were once strong supporters of the school.

In a statement, Mr Solomon said the land the school sits on was gifted by Ngāti Paoa to the church for the purpose of educating Māori children.

Mr Solomon said it was clear the school had been allowed to fall into neglect and ruin by the state and church - while other Catholic boarding schools continue to flourish.

The Ministry of Education and Catholic diocese will help the remaining students enrol at other schools.

The ministry and Post Primary Teachers' Association will also work with current staff.