A study by the University of Otago has found Mongrel Mob members have three times higher rates for liver damage than the general population. 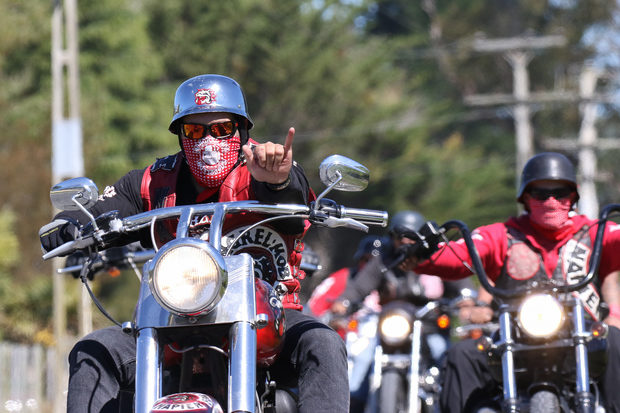 The research - published in the Royal Society Open Science - was part of a study into the liver health of Mongrel Mob members and relatives, who are considered to be one of the most-at risk hepatitis C group populations.

The study of 52 Mongrel Mob members and affiliates found they had three times higher rates of liver inflammation and damage compared to the general population.

One-fifth of those involved in the study also had significant to severe levels of liver fibrosis and cirrhosis.

The study was led by associate professor Michael Schultz - the head of the department of Medicine at the University of Otago.

He said alcohol abuse, drug use and obesity were contributing factors to the high rates of liver damage.

"At younger ages we found under age drinking quite a bit and lots of harmful drinking - big sessions often several times a week."

In this study, no cases of hepatitis C were found and only two hepatitis B carriers were found.

However, Mr Schultz said there was a major knowledge gap around hepatitis.

"Knowledge about how to contract Hepatitis C, how to transmit Hepatitis C, and in the end, what kind of symptoms will develop with Hepatitis C... that was very marginally known."

Jordan Te Whaiti Smith's whānau is part of the Mongrel Mob and he played a key role in the research project.

The medical student helped to set up testing and screenings for members.

He hoped researchers now saw gang members were not as hard a community to reach as was often thought.

"We label them as gang members and they're disruptive, they're hard to deal with, abusive to staff -whatever stereotype you want to whack on that," Mr Te Whaiti said.

"If this research can be a example of how to actually actively engage and approach this population a little bit differently I think that will be a great step forward."

Wider issues leading to why gang members may abuse alcohol, such as the impacts of colonisation need to be examined, he said.

"Most of these Mongrel Mob members are actually our whānau and they are Māori so there's got to be that sort of approach taken.

"The typical judgemental health system approach of telling you 'you drink too much' - we need more of manaaki kaupapa Māori approach."

Edge Te Whaiti is Jordan's uncle and was one of the Mongrel Mob members involved in the study.

He said not all gang members should be tarred with the label of being part of a high-risk hepatitis C group - but the study was a chance to improve their members' health.

"It's about the exercise we get on and do that business and if that inspires others to follow suit and address their health issues so be it - it can only be a good thing."

Mr Te Whaiti said he'd like the study and testing to be more than a one-off - and suggested monthly testing clinics.

"If it was something that continued on at no cost it'd get a better response and a much higher response."

Mongrel Mob members were also working with the University of Otago on a study on lung function and smoking habits.