Ngāpuhi people living in the South Island say there must be fresh hapū elections for people to represent the iwi at Treaty negotiations. 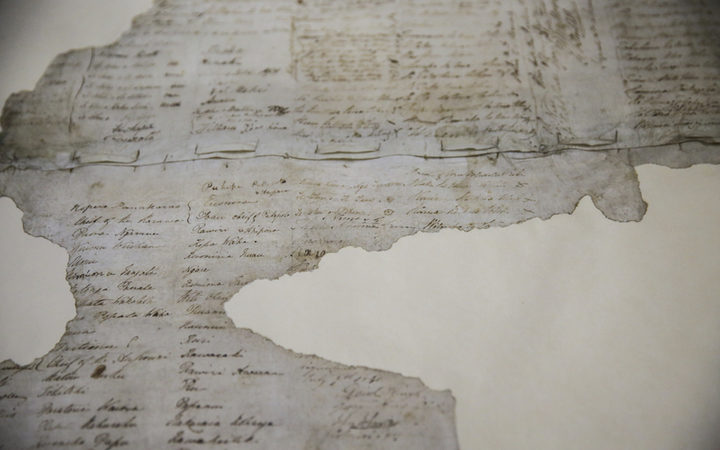 Canterbury (Otautahi) Ngāpuhi met the Minister for Treaty Negotiations Andrew Little in Christchurch last Friday, in one of a series of hui aimed at breaking the iwi's mandate stalemate.

At hui around the country with Ngāpuhi this month, the Crown has discussed a two-level structure for the Ngāpuhi settlement, that would help build the capability of hapū, and a distribution model from "any centrally-agreed redress that goes out to regional structures and ultimately down to hapū".

The Crown was also seeking a structure that respected the Waitangi Tribunal findings, Mr Little said.

"I am confident that we've got the basis of something that will work, that will be effective, that will respect what Ngāpuhi especially those living in the rohe want," he said.

But one of the Christchurch Ngāpuhi leaders, Erin Shanks, said Mr Little's plan to get the settlement moving skirted around the core issue that had bedevilled the mandate all along.

Mr Shanks said the present mandated authority, Tuhoronuku, of which he was a member, was found wanting by the Waitangi Tribunal because a number of hapū representatives were not chosen by the people they purported to represent.

The minister's new proposal talked about "repopulating" the mandated authority, if that was what hapū wanted, Mr Shanks said.

"To me that is just too open-ended, and risks raising the same issues we've had in the past," he said.

"We need a clear direction to re-elect under a tikanga-based process. That follows very much what the Tribunal said, and we should stop beating around the bush and just get on with it."

Many hapū in the north want to settle their claims in five or six natural groupings, or taiwhenua.

However, the majority of Ngāpuhi live outside Northland, and the iwi is grappling with the question of how to represent their interests.

Some believe urban Māori should elect their own reps while others want their urban cousins to work with and speak through their hapū.

Mr Shanks said Ngāpuhi living in Canterbury supported the idea of five taiwhenua in Northland to handle cultural redress and funding, and one central body to handle the iwi's major commercial settlement.

Canterbury Ngāpuhi would also like to see five urban entities set up, and one urban rep at the commercial negotiations table, he said.

Hapū had an understandable fear that they would lose out to an urban majority if there was one central commercial body, Mr Shanks said.

However, he said the answer might be to decide before that body was set up how it must distribute its profits.