Supporters of the Kiingitanga say the movement is here to stay and have backed the Māori king, who finally responded to criticism of his office and his leadership yesterday. 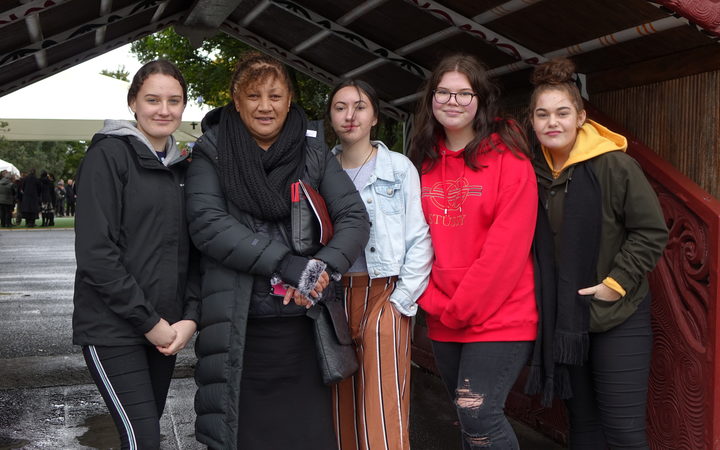 Thousands of people have been in Ngaruawahia over the past five days to celebrate the king's coronation 12 years ago.

But just a week ago Kiingi Tūheitia's former advisor Tukoroirangi Morgan, publicly criticised the king's leadership, and the spending in his office.

Mr Morgan sent an open letter in which he called the king a 'puppet' who's manipulated by chief advisor Rangi Whakaruru.

The letter claimed Mr Whakaruru is paid a high salary, drives expensive cars, and took out large loans - all paid for by the king's Ururangi Trust.

King Tūheitia did not respond specifically to the claims, but he said he was saddened by those who would undermine the movement.

John Devonshire of Ngāti Kahungunu ki Wairarapa said claims about the king's office can be dealt with in time.

"This wasn't the place to address those raru that has been going on," he said.

"All the troubled times - they'll all get dealt with in good time and in good faith, when he [the king] is ready and when his office is ready."

"This was a celebration of 160 years of Kiingitanga, it wasn't a place to go around making those judgements or calls."

"[It] was beautiful, didn't expect anything less from our kiingi," he said.

"[Even in] troubled, recent times, he left it all out at the gate and got on with it and acknowledged his people, acknowledged the volunteers, the rangatahi...it was outstanding."

Phillipa Hakopa of Waikato Tainui, Ngāti Tūwharetoa and Ngāti Māmoe said the five day celebration should not be overshadowed by the criticisms.

"Even though what's happened between him and a couple of people, it's not about that, it's about the kaupapa and the principle of Kiingitanga and what it means," she said.

"A lot of people will be focused on the king, but the reality is it's about the kaupapa."

Ms Hakopa said it was encouraging to hear the king talk about future proofing the Kiingitanga movement.

She said in order to achieve that, traditions and customs must be passed on to rangitahi.

"So this is why I'm doing what we call succession planning, passing it on to them, passing the knowledge onto them in hope that they will keep passing it down," she said.

"Hopefully they will have that task when they're a lot older and have children."

While this is the first time she had been to the Koroneihana celebrations, she would be coming back.

"There's a lot of effort and time put into the 160 years so we have to keep upholding that," she said.

"I thought that was pretty good...we have to keep it going, we don't want it to die out."

The event was livestreamed on the Kiingitanga's facebook page after the King banned media from the celebrations following coverage of Mr Morgan's claims.

The Serious Fraud Office is now investigating the Ururangi Trust.