Huge numbers of Māori are going back to school later in life to learn te reo. 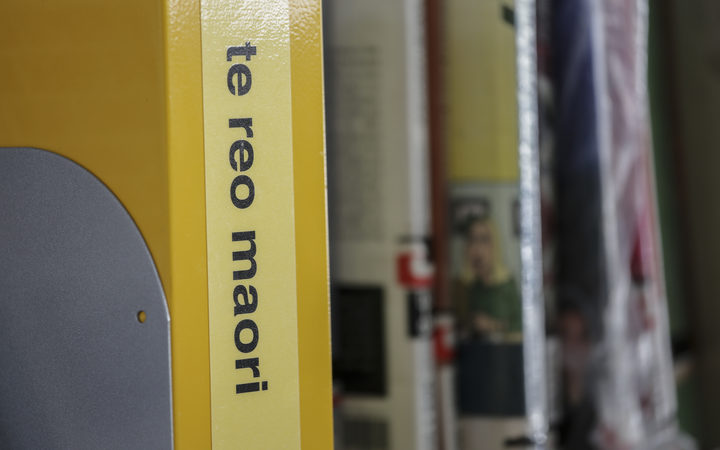 But he said the birth of his first child last year was the push he needed.

"My plan and goal is to bring him up bilingual - English and Māori.

"He's going to be even more light-skinned than I am so he's going to get judged by the colour of his skin but if he can stand up and speak in te reo fluently and confidently then it will keep us connected to our whakapapa."

"A lot of my era, we lost our identity because we didn't follow through."

"Every one of the older generation is dying and someone needs to pick up the mantle."

Part of the process of reconnecting with his Māori identity was learning more about his tūpuna.

Mr Rimene's father was whāngai (adopted) and lost touch with his immediate whānau.

"But they knew he was out there and dad never really took us back to Masterton to get in touch with our roots so that was where our identity was lost."

For Te Wānanga o Raukawa student Joel Maxwell (Te Rarawa) not having the language made him feel "like half a person".

"It was sad in a way because I'm brown enough that I'm not Pākehā but I wasn't really immersed in the world of te ao Māori so I was sort of caught in between in terms of who I was and how other people treated me.

"I kind of felt a bit left out from both worlds."

"It's a long fall from speaking fluently in one language to being reduced to saying single-word sentences and not understanding what people are saying around you.

"It is a hugely emotional time anyway because you're making this step and coming to grips with this ongoing struggle."

"The numbers have exploded in that course and it's not easy for people to take a year off work because our average age here is about 39-years-old.

"That's an extraordinary thing that people would make a decision like that - and they're almost nearly all Māori.

"They're eating and drinking and walking and sleeping the kaupapa so they are learning the culture and language at the same time and they're practising it on an everyday basis."

The wānanga is based in Ōtaki, a small town with a population of 6000 on the Kāpiti Coast, with over 50 percent te reo fluency - above the national average of 20 percent.

She said the high numbers were largely due to the presence of four kōhanga, two kura and te wānanga in the tāone.

"They have normalised hearing and speaking te reo Māori in this community."