Art student Kahurangiariki Smith wants to shed new light on Hine-nui-te-pō - or the goddess of death - this Matariki, with the guidance of an arcade game joystick. 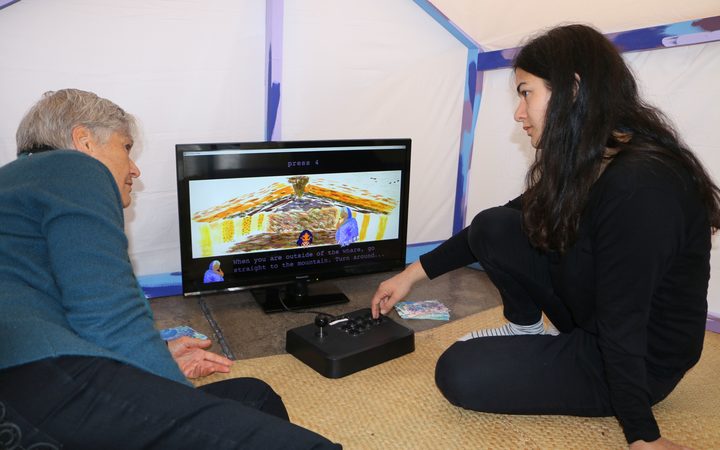 The 20-year-old has created an arcade game installation, Māori Grl, which is currently on display at the Depot Art Space in Auckland.

The video-game is based on Hine-nui-te-pō and mixes 2D artwork and Māori mythology into a classic arcade game.

Kahurangariki was inspired by her mum Aroha Yates Smith's PHD on rediscovering the feminine in Māori spirituality, which included child-birth in traditional times.

Hine-nui-te-pō, the goddess of death, plays an important role in the game.

"Hine-nui-te-pō has often been only really recognised as the one that killed Māui within her," Ms Smith said.

In Māori mythology, the demi-god Māui tried to kill Hine-nui-te-pō and overcome death by entering her body and climbing to her mouth.

But the tīwaiwaka laughed at him and awoke her - she closed her legs and crushed Māui to death.

Kahurangiariki made the game over a year as part of an art project, and with a limited background in gaming and programming she found the process tough.

"I just wanted to bring back this knowledge about atua wāhine like Hine-nui-te-pō - her in particular because she's been kind of demonised over the years.

"I'd love to expand on this story and expand more on mum's thesis and the atua wāhine she mentions there. 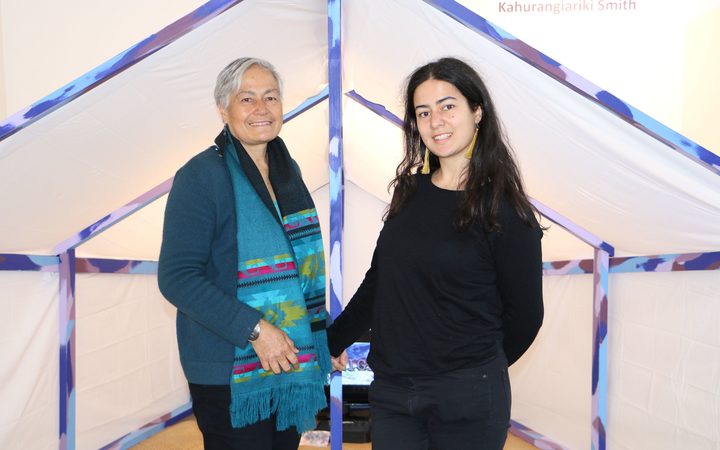 Aroha said she was not surprised her daughter had explored atua wāhine in her artwork.

"Kahu was born the middle of all my study so I think she grew up within my womb, within the kōpu o tāku tinana when I wrote and researched these topic."

And Ms Smith said she knew how lucky she was to have grow up surrounded by this sort of knowledge.

Ms Smith said her father was a carpenter and would be proud of the wharenui his grandaughter built to house the game in.

"He would've been so proud to see his mokopuna, a girl, constructing and designing a whare."

The game is accessible to all ages and is simple, something Aroha said she appreciated.

"The most exciting thing was to see my eldest son at 30 years old lying down on the whāriki (floor) and giggling and playing a video game that his younger sister has created."

MaoriGrl is on display until July 11 at the Depot Art Space in Devonport.