An urban marae in Island Bay was labelled a "death trap" by the Wellington City Council last year after many of its buildings were deemed unsafe, but its whānau has rallied together to fight for its survival. 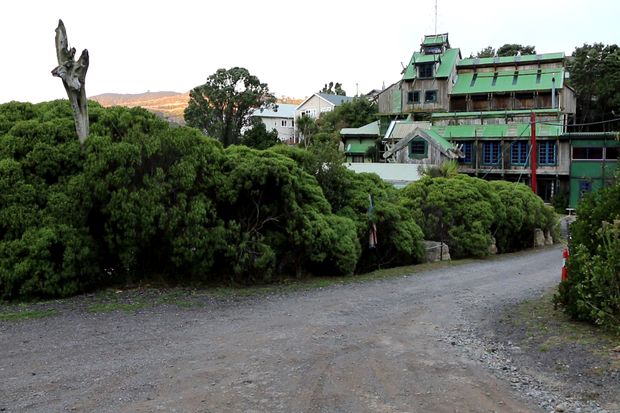 Last night they called upon the public to attend a fundraising dinner and by sunset a hall full of people turned up to show their support.

Tapu Te Ranga was built in 1974 by the homeless, unemployed, troubled youth and convicts who were guided by the late rangatira and founder Bruce Stewart.

One of his sons, James Stewart, said the whānau were determined to fulfil the vision their father had for their home.

"Our goal is to realise, actualise that vision."

Guests for the night were entertained with waiata, haka, and kai before a Māori art collection was put up for auction.

James Stewart said evenings like these were about raising awareness about the cultural significance of the marae and the important role it plays in the community.

His whānau are working closely with the council, engineers and architects to save the few whare which have been closed, but he said it's going to come at a great cost.

"At the moment we have a very good, positive relationship with the council. Professionals are very expensive and it's quite a long process so we're probably talking in the millions... anywhere from a couple million to ten million."

John Manu, 47, helped build the marae and said the place held an important place in his heart.

He remembers how founder Bruce Stewart took him and his friends off the street and onto the marae when he was just a boy.

"He believed that this was a way to build the whare and, of course, in the end the whare built us."

Tapu Te Ranga has seen people from all walks of life use its whare for classes, wānanga, workshops, tours, and accommodation.

Many who attended the fundraiser spoke about their connection to the marae and shared memories of their own.

Te Ataahia Castorina used the marae weekly for te reo Māori classes and said the marae was one of the few culturally unique sites in Wellington.

"For me it's a meaningful, spiritual place in Wellington that we actually lack and it's a place where my students can see our culture and our language in action."

The whānau of Tapu Te Ranga said they intend to hold more fundraising events in the future and will continue to work with the council on coming up with an affordable plan to save their home.