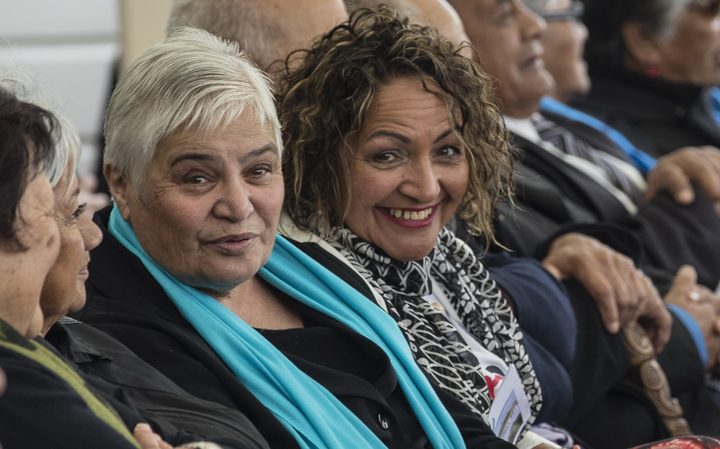 The party will not be in Parliament this term, after Te Ururoa Flavell lost the Waiariki seat and it got just 1.1 percent of the party vote in Saturday's election.

Members will be meeting for an online hui tonight to discuss the party's future.

Dame Tariana, who founded the Māori Party in 2004 after quitting Labour over the foreshore and seabed issue, said the party took a return to Parliament for granted "and we've paid for it".

"We all blame ourselves," she told RNZ's Morning Report.

"There was a mood swing in the country. We never envisaged that our people would ever consider Labour again [after 2004] but however, what they've shown us is they did."

Their supporters appeared to have been influenced by Labour over the last nine years "that a vote for the Māori Party is a vote for National", Dame Tariana said.

The effect of the election result was no independent Māori voice in Parliament now.

"So nobody can act totally in the interests of Māori people."

The party's consistently low polling - between 1.1 and 1.4 percent in the last three elections - was not necessarily because it lacked the support of Māori, she said.

"We're talking about a [electoral] system that is not a Māori system... Thousands of our people don't vote at all."

She wanted to see the Māori Party return to Parliament in 2020 but would not say what the party's next steps should be.

"I don't think I should be pre-empting the hui.

"I'm just going to be one of the many, but hoping to have some input into where to next."

However, she was clear that the party and others would strongly oppose any attempt to hold a referendum on the future of the Māori seats, as New Zealand First has pushed for.

"I don't think Māori people are going to sit back and allow it."