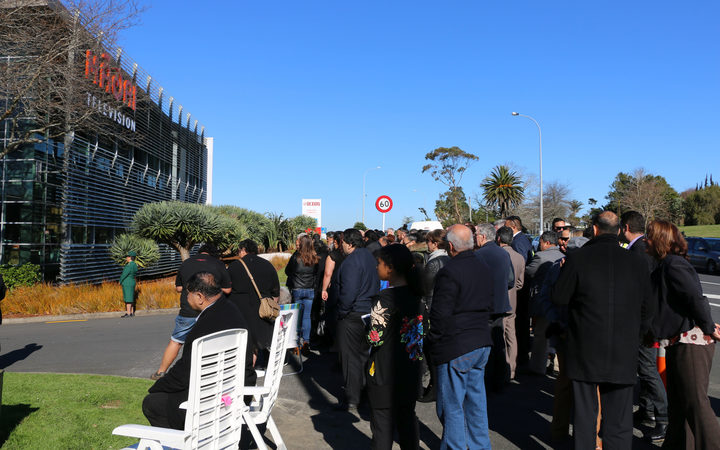 A dawn service led by local kaumatua was held with traditional karakia to bless the new building.

Later in the morning an official pōwhiri was held which was attended by iwi leaders, politicians and school children.

Board deputy chair Piripi Walker said moving the television station to South Auckland made sense because of the number of Māori who live in the community.

"There are over twenty marae in this region and just nearby is Te Puea Marae and so many kura and kōhanga reo.

"And that became a factor in the thinking of the board to locate it adjacent and alongside the growing Māori speaking communities."

Mr Walker said the purpose of moving was to find a building which would suit the future growth and give them the space to grow.

Inside, the building is open planned but a studio is still yet to be built.

"The decision to build a big studio like the one in Newmarket has been deferred in the meantime, there has been a lot of discussion, it was a fairly significant cost and the times in terms of Māori Television's funding has been slightly uncertain.

"It's for those reasons the board has to be careful about how much commitment it can make."

Mr Walker paid tribute to all the kaimahi (workers) for the hard work they had done.

"To be able to have this new building open today and to think of the future, future growth, future development and the renewed commitment to Māori as a braodcasting language, a full normal broadcasting language, it is an exciting day."

As of today the television station will also start transmiting in high definition.