The Māori and Mana Party waka may have sprung its first leak over the Māori land reform bill due to be passed by Parliament this month. 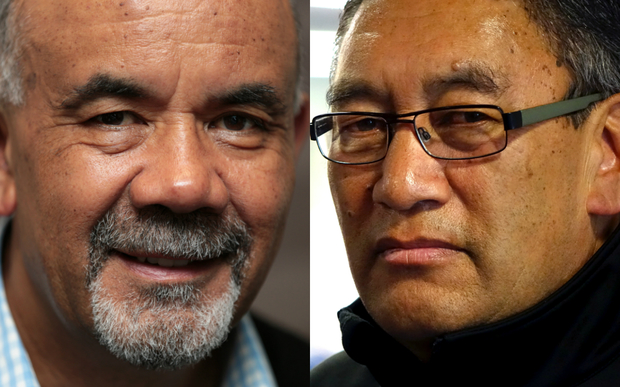 The Māori Party has spearheaded a new bill proposing major changes to the governance and administration of the 27,000 titles of Māori land in New Zealand, which equate to 6 percent of the country's total land mass.

"I think it opens our lands up to be bought by foreigners. It is an extremely bad piece of legislation."

Iwi leader Kerensa Johnson also warned the Māori Party that unless changes were made, it would not have their support.

Ms Johnson, chair of the Nelson-based Wakatū Incorporated, pointed to one element of the bill she said was a risk.

She said it removed the land succession process from the Māori Land Court and its judge who was an expert in Māori land policy and history.

"The proposal in the bill is that a child of someone who passes away will apply to the CEO of the Māori Land Service.

"We don't know who the chief executive is and we don't know what the governance and management arrangements of this new Māori Land Service will be. It's difficult to know with what thoroughness they'll be able to investigate."

Mr Harawira said some Mana supporters have made clear they would not back the Māori Party over this bill - and he did not blame them.

"It wasn't written with Māori interests in mind but Māori land alienation.

"It's ugly and its crude because it's an attempt to open up the last remaining vestiges of Māori land that are held by Māori.

It is lack of details such as this that has Māori landowners concerned about making such sweeping changes.

Wakatū Incorporated's Ms Johnson said Māori landowners were exactly like any other.

"It's just as important as anyone else's property right but also there is so much more significance than that.

"Our interests in our land and our ability to manage and look after our land is really what define us as hapū, whānau and iwi," she said.

Wakatū is asking Mr Flavell to rework the bill and slow down the process, but Mr Harawira wants it gone altogether. He said it was not a minor wound that could be fixed with cosmetic surgery.

Last year in a proposed Ministry of Justice restructure nearly 30 jobs from the Māori land Court were earmarked to be cut.

The court holds hundreds of years of land ownership records and landowners are worried about where they would be moved and who would manage them.

"Those people have a huge wealth of regional knowledge that simply can't be replicated by officials based in central Wellington," said Ms Johnson. "So we do have a concern about the centralisation of an agency."