The government's Māori land reforms have started the official process to become law - despite calls for more consultation with Māori. 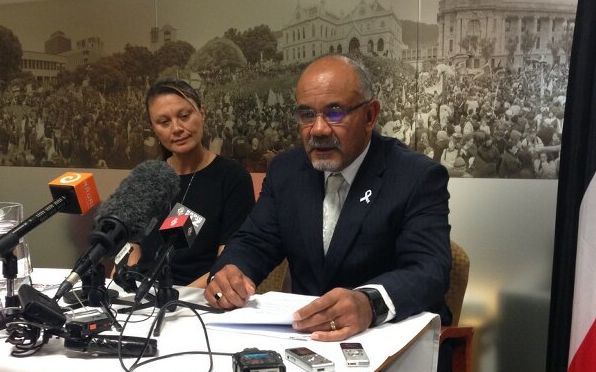 Māori Development Minister Te Ururoa Flavell is pushing ahead with his controversial proposals to change the way Māori land is handled.

He has introduced the Te Ture Whenua Māori Bill into Parliament, one month after the Waitangi Tribunal criticised the extent of consultation and recommended more engagement with Māori before changing the law.

The new bill aims to give landowners more say and ultimately make it easier for them to use their Māori land.

The Minister made the announcement at a news conference in Wellington this afternoon.

"After thorough consideration of the issues presented by the tribunal and the ongoing work that continues on Te Ture Whenua reform, I am pleased to announce that I have introduced that bill into the house today."

The Tribunal report upheld several concerns claimants had about the bill, the key one being that consultation wasn't up to scratch.

It warned that the Minister needed to go out and get enough support from Māori or risk breaching the Treaty of Waitangi.

But Mr Flavell said since that hearing, he has held 22 public hui and 14 wānanga, the bill has been tweaked, and he has that vote of confidence.

He said since 2015, the bill had gone from version three or five to version 17.

"It simply tells you it has evolved, it has reacted, it has addressed the concerns raised."

But Marise Lant, who was the lead claimant in the case that was taken to the Tribunal, said some landowners were not confident in taking the Minister's word for it.

She was denied a look at the newest version of the bill and so a group of claimants sent a complaint to the United Nations.

"Māori landowners have not had an opportunity to see the latest version of the bill. How can we make decisions when we have not seen any changes?"

Labour MP Meka Whaitiri was a vocal opponent of the reform process and said today's announcement should have been done before a wide range of stakeholders, not at short-notice before the media.

She said it appeared the Minister had not given full consideration to the report, or he would not be introducing it.

"What do I say about the people out there? I am disappointed and they will be disappointed that they had not at the very least, received any of the tract changes."

Mr Flavell said the Ture Whenua Māori Bill will go through the select committee stage and people with concerns are able to make submissions.

But Ms Whaitiri said Māori rarely participated in that process and the better option would have been to go through the findings with Māori beforehand.