A Ngāruawāhia whānau say the only way to afford their own home is to buy one together that will house 19 family members.

Soaring house prices have put the dream of home ownership out of reach for many families, so the Turner whānau have built their own nine-bedroom papakāinga in the Waikato town.

The whare will house four generations - 10 adults and nine tamariki. 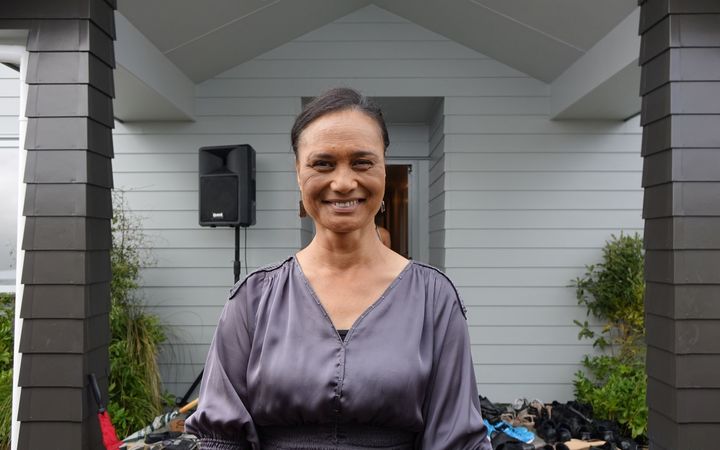 Rangitamoana Wilson is among the 19 whānau members who will live in the new nine-bedroom papakāinga. Photo: RNZ / Shannon Haunui-Thompson

The family decided to build one large house instead of multiple ones on a single section and whānau spokesperson Rangitamoana Wilson said it was the only way she and some of her siblings would ever be able to afford a home.

"There'll be five whānau that will live here, including my parents, myself and three other siblings and their whānau. And we're going to share the costs, so collectively we'll be paying off one mortgage, instead of renting which the majority of us were doing."

Ms Wilson said sharing the financial burden of a mortgage gave them space to focus on the future.

"Our relationships have become stronger with each other and we're looking at what the future holds for our children and we've created an opportunity now where we can build upon.

"All these things that were once issues we've now found solutions for and now we can actually start dreaming about what we actually want to do instead of what we have to do." 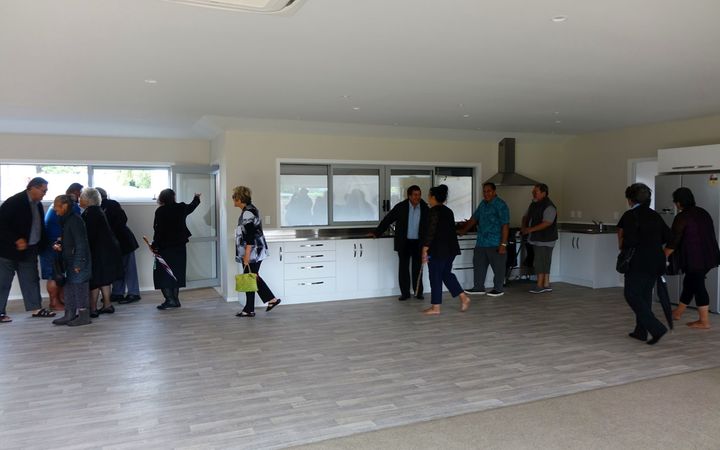 The kitchen and living area of the house is inspected after today's blessing. Photo: RNZ / Shannon Haunui-Thompson

The wharekai is in the centre of the 500 sq m house. There are nine bedrooms and one big bathroom fitted out with three showers, three toilets and three hand basins.

One of the builders, Hemi Webber, said it was a rewarding challenge.

"Normally in a situation like this we'd have to [have] had two or three units on the one section which you actually physically can't do because of resource consent.

"With the papakāinga housing and the concept we've achieved here - [it] is amazing and affordable for the whānau."

The first-of-its-kind papakāinga project received $450,000 in government funding through the Māori Housing Network over four years. 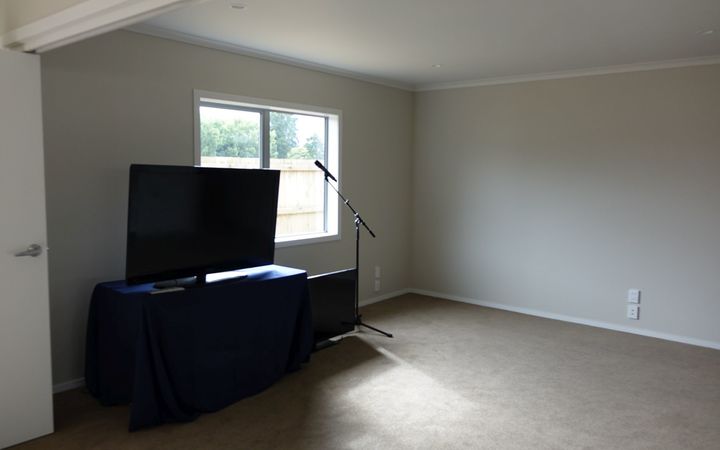 One of the rooms in the big new home in the Waikato town. Photo: RNZ / Shannon Haunui-Thompson

Māori Development Minister Te Ururoa Flavell said the house would act as a springboard for the Turner family.

"They've thought about it in a Whānau Ora way, thinking about the whānau all coming back [to] home base, they've brought in the economic aspect by starting up a mussel-fritter business and looking to export internationally.

"But most importantly it brought all their kids home to be supportive of the Kīngitanga, which was always their dream."

As for the Turners themselves, Ms Wilson said the papakāinga project had made them stronger as a whānau.

They have created a whānau trust that will deal with any big decisions that might need to be made, after whānau hui and wananga are held.

Now the house has been blessed, they will start moving in tomorrow.