Insults have been hurled across the paepae in a surprising exchange between veteran politician Winston Peters and newcomer Gareth Morgan. 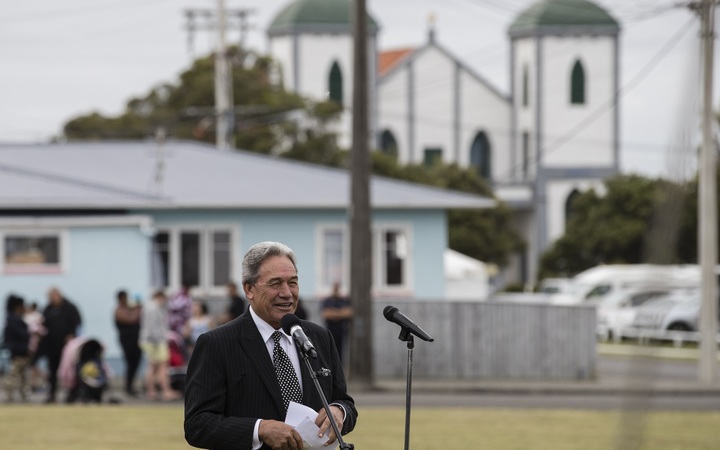 Mr Morgan, who is the leader of the new Opportunities Party, told listeners Mr Peters stood against the Treaty of Waitangi and urged them to call out Mr Peters as an "Uncle Tom" - an offensive term for a black person who is excessively subservient to white people.

The comments caught Mr Peters by surprise, who responded from his seat with a smile and chuckle. More was to come.

Mr Morgan went on to say Mr Peters' trademark smile was like that of a "Cheshire cat", which was "selling Māori down the river", and compared him to conservative Don Brash. 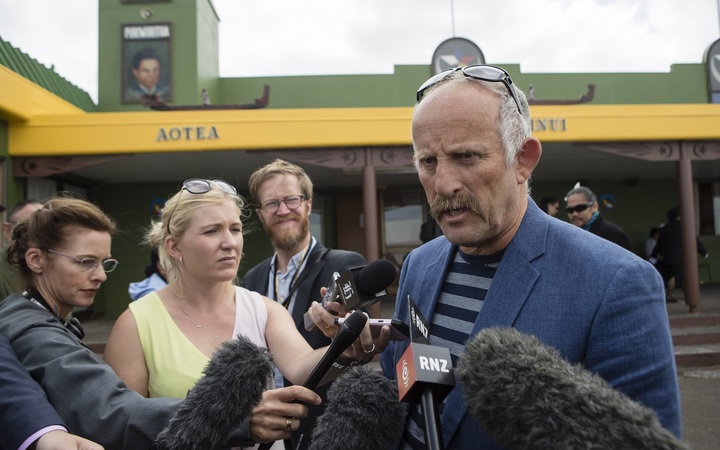 Much of the Opportunities Party policy speaks to Māori values, such as a constitutional reform centred around the Treaty of Waitangi with an Upper House, which Mr Morgan believes will restore sovereignty, taking it back from Parliament.

Mr Morgan said "honouring the Treaty should be central to the unique identity of being each New Zealander", then told Mr Peters to take note. 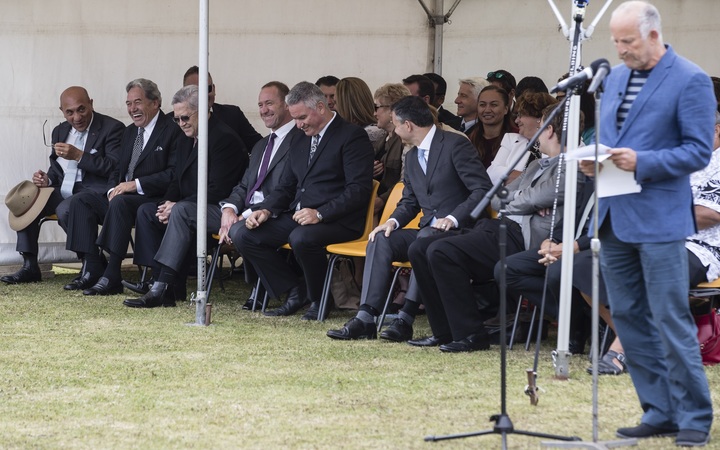 Those listening nodded their heads in support of treaty talk and te reo Māori. All that went out the door as Mr Morgan took his seat and Mr Peters rose to his.

As Mr Peters delivered a short mihi in te reo Māori, he laughed and chuckled throughout. The audience anticipated his assault.

In the realm of Tūmatauenga, god of war, he opened fire. 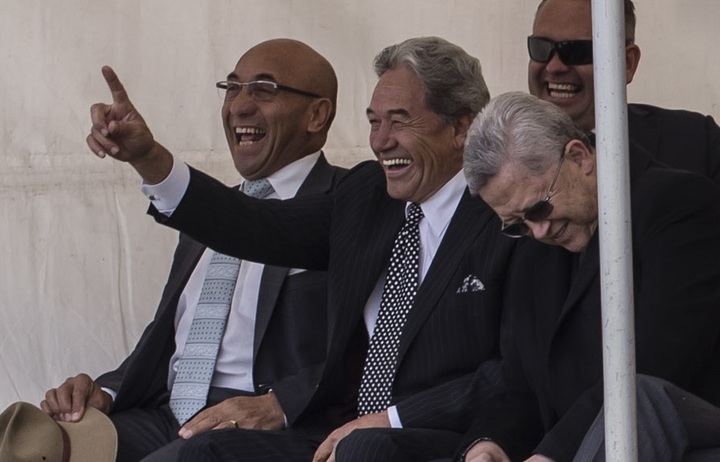 Gareth Morgan asked if anyone could help him with a song. Winston Peters put his finger up. Photo: RNZ / Aaron Smale

Mr Peters apologised for laughing through his speech - "it's been a long time since he's been ravaged by a toothless sheep".

"Son", he said to Mr Morgan, "I've been coming here for four decades while you were riding a motorbike around Mongolia".

The audience erupted. Mr Peters and Mr Morgan had brought "tautohetohe", the custom of debate, back to the marae.

The exchange overshadowed other political speeches, including that of Labour leader Andrew Little and Green Party leader James Shaw.

Once the speeches finished through the custom of "harirū", or the hongi, all was forgiven and they all sat down for a cup of tea.

Rātana and the Labour Party have a historical political tie, but Mr Morgan, the Mana Party and the Māori Party have asked Rātana for their party vote.

In the first speech from the Kiingitanga, adviser Rahui Papa said Māori would rate parties on their performances, not just their promises for election year.