The Māori custodians of Porotī Springs near Whangarei have told the Waitangi Tribunal they've been treated with contempt for years, by local councils and the Environment Court. 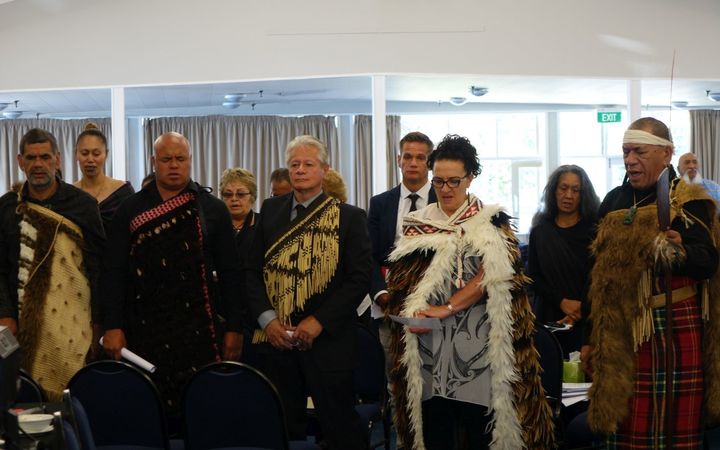 The Whatitiri trustees, who were awarded legal title to the springs as a water supply in 1896, appear before the Waitangi Tribunal. Photo: RNZ / Lois Williams

The Whatitiri trustees were awarded legal title to the springs as a water supply in 1896, but say their role as owners and guardians of the springs has never been respected.

Their grievances over the springs have featured prominently in the claims over freshwater taken by the New Zealand Māori Council.

But the trustees appeared this week before the tribunal holding the Paparahi o Te Raki inquiry into the claims of Ngāpuhi hapu and others.

Kaumātua Taipari Munro said the mana and authority of the three hapū involved - Te Parawhau, Uri Roroi and Te Mahurehure ki Whatitiri - had been usurped, firstly by the Water and Soil Conservation Act in the 1960s, and then by the Resource Management Act in 1989.

Decades later, landowners tap into the aquifers that feed the springs. The Whangarei council and an irrigation company draw water downstream and a private bottling company has consent to draw water for 35 years on the old council site over the road.

The trustees said with every resource consent, they have had to fight to be heard or even recognised as interested parties.

Chair Meryl Carter told the tribunal even the Environment Court had been offensively dismissive.

"At the court our kuia Lorraine Norris tried to point out that in our democratic society, our people were to be silenced and excluded for 35 years from managing our taonga which we are legal kaitiaki for," she said. 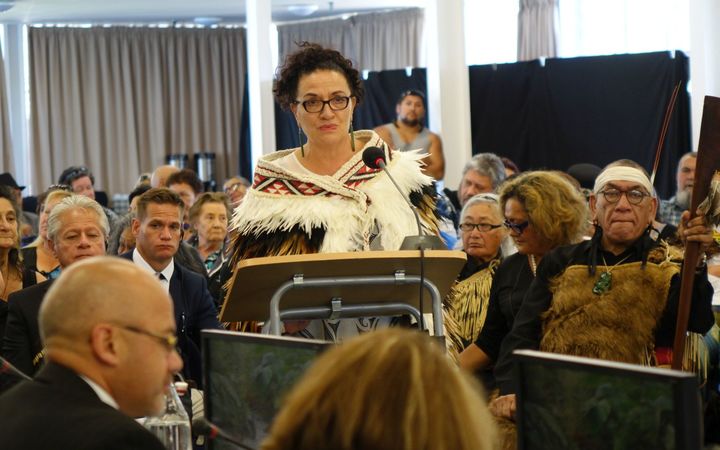 Meryl Carter said the trustees did not know the bore site was being sold. Photo: RNZ / Lois Williams

The judge had dismissed her, she said, saying she might like to make her speech to the Waitangi Tribunal.

"We felt thoroughly disappointed for the disrespect shown for our kuia, who had done so much for the waterway on behalf of the entire community," Ms Carter told the tribunal.

She said the council had managed to run the springs dry in 1982, killing watercress, koura and eels.

A special commission charged with investigating the problem said the council should shut down its bores, which drew water from aquifers that fed the springs, and take water from downstream in future.

While it did so, Ms Carter said the council had then quietly sold the bore site for $40,000 to a water-bottling company.

Although one of the company's directors at that time was a hapū member, Richard Nathan, he had been acting on his own account, and the trustees did not know the bore site was being sold.

It had not been advertised, Ms Carter said, and there had been no tender process that might have alerted the Whatitiri trustees and allowed them to bid on the bore site, and gain some control over water flows into the springs.

The company was eventually sold to Auckland investors Zodiac Holdings, who have resource consent to draw water from the old council site - though they have yet to exercise their right to do so. 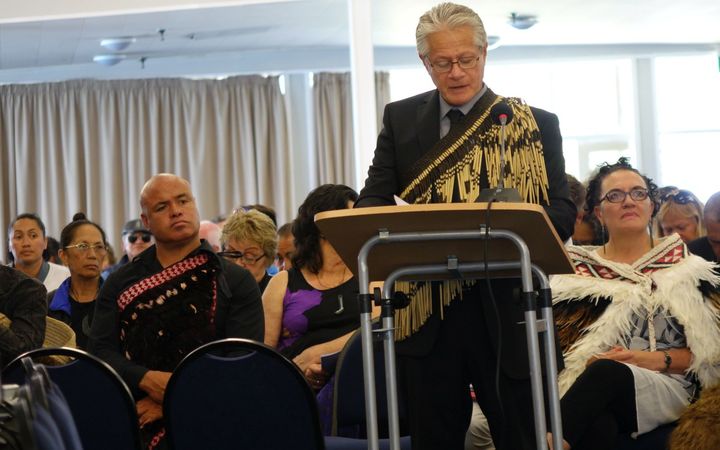 Another trustee, Millan Ruka, told the tribunal the councils were failing as environmental guardians.

Mr Ruka, who was best known as the founder of Environmental River Patrol in Whangarei, said councils were cheating by measuring the flow of the springs at the wrong spot - giving a result that makes the flow look healthier than it really was.

He told the tribunal he recently discovered that a neighbouring farmer had dammed a stream, dug himself a lake in a nearby wetland and installed a jetty - all without resource consent.

"The excavation is approximately 17,496 cubic metres in area, it deprives the wetland of about 40.000 square metres and yet you must have a consent to excavate more than 50 cubic metres from a wetland. This one is 17,500."

The Northland Regional Council has issued the farmer with an abatement notice, saying the lake was illegal. But it had also invited him to apply for a resource consent for it.

Mr Ruka said that was unacceptable. He said the stream nourished the wetland and part of it was dying.

The Whatitiri trustees have told the tribunal that although the Porotī claim forms part of the wider Māori claims over freshwater, the Porotī guardians want a settlement that is separate, and deals with the tangata whenua over their longstanding and continuing local grievances.

They said they were willing to share their water with the community and had always done so, but they wanted their authority and mana over the springs - and the surrounding aquifers and waterways - recognised and honoured.