A report commissioned by the Waitangi Tribunal vindicates the struggle of the Māori trustees of Porotī Springs to regain authority over the taonga, they say. 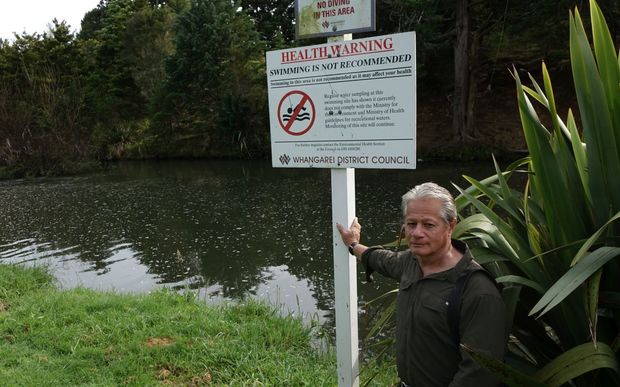 The 450-page report by historical researcher Paul Hamer found the trustees as kaitiaki have been poorly served by the Resource Management Act and local councils.

It examined in detail how the Māori Trustees of Porotī Springs had lost control of a resource they had owned since 1896.

The springs are considered one of the best examples in the country of a Māori proprietary right to water.

But the owners have no control over the aquifers that feed the springs or who can use and sell the water.

Trustees spokesperson Millan Ruka said the research confirmed what the hapū had been complaining of for years.

He said what the company now controlling the springs was doing was consent-banking, or water banking, and the council should never have let it happen.

"The council had to vacate that site, because they'd drained the springs twice, " he said.

"They had to negotiate a new water intake at Cutforths farm, downstream of the springs.

"And to gain that consent they also had to decommission the bore site. But did they terminate them? No. They sold the site to a private company for $150,000."

Mr Ruka said councils had ignored hapū Treaty rights and gone out of their way to back would-be exploiters of the water.

Although Māori owned the Porotī Springs, councils had repeatedly acted as if plans for a water-bottling factory over the road did not affect their interests, Mr Ruka said.

Mr Ruka said the report had unearthed a lot of sad stories, and showed councils were under pressure from developers to keep Māori out of the loop on the basis it would delay progress.

The three hapu of Whatitiri west of Whangarei were granted legal title to the springs in 1896, as a water supply for local hapu, and managed the springs until 1967 when the Water And Soil Conservation Act handed control to local government.

"In 1960 the hapū controlled access to the springwater through the trustees and the Māori Land Court," the report states.

"Local farmers and the school applied for the right to draw water.

"Today, by contrast, the entire available resource - 19,000 cubic metres a day - has been allocated to others for the next three decades. "

The Porotī Trustees have made little fuss about the water taken downstream of the springs by local orchardists, saying the water was at least being used in the community to support local industry.

Nor had they objected to Whangarei District Council's water take from an aquifer above the springs - apart from concerns about the large percentage of water wasted because of faulty infrastructure.

But in summer 1983, the council ran the springs dry.

It also agreed to decommission the bores, that tapped the aquifer, over the road from the springs.

But instead of scrapping the bores, it sold them.

The Hamer report said the council's role in consequent consent decisions at the springs was compromised from the start:

"In 1994 the council's right to draw from the bores ended. It had been advised by the regional council in 1989 to remove its intake works. But it did not do this. It toyed with the idea of renewing its right, and leasing the bores to the kaitiaki - but then favoured selling the site."

The company incrementally gained consent from the regional council to pump 1 million litres a day from the aquifer for the next 30 years. At certain times of the year, it has consent to pump more than twice that amount.

So far it hasn't pumped a drop. In its dealings with both councils, it has repeatedly said it is working on marketing the product in China and other countries.

The report notes that over the years, the trustees of Porotī Springs had tried to challenge the various Zodiac consents.

It also approved a land-use consent for a water bottling factory on the site more than ten years ago.

The report detailed the struggles of the Porotī trustees to be classed as interested parties in consent processes, and to be notified of new developments.

It found they had been at a serious disadvantage, since they could rarely afford lawyers, and that had led in one case to exclusion from important mediation.

The report noted the regional council never commissioned a cultural impact assessment on Porotī and at one hearing failed to record important evidence given in Māori.

"The overall impression of NRC hearings is that they were relatively monocultural events, although perhaps not quite as alienating as the 2013 Environment Court hearing where the judge regularly called the trustees 'you people'!"

The report said councils had limited their treaty obligations to Māori under the RMA to consultation, instead of finding ways to encourage the expression of rangatiratanga over a resource.

Possible mechanisms for that included Sections 33 and 36B by which a council could transfer certain powers or enter into joint management agreements with other authorities such as iwi.

For their part, the councils maintain that they are constrained by the RMA in what authority they can grant Māori over resources such as the springs.

"There is a concern here but I think it is a systemic issue about the way we allocate water in this country," he said.

"Much more so, than a specific issue about the way the Whangarei District Council has acted in this case."

The Porotī trustees were incensed last year when they discovered the council had approved as a variation, and without notifying them, an application by New Zealand Spring Water to build a factory double the size of the original plan.

The council said it was simply applying the rules and criteria set down in the relevant legislation.

But Mr Forlong said the company had indicated it would apply for a new consent.

He was unable to say if it would be publicly notified.