Hundreds of Māori have taken to Facebook to show their solidarity for Native Americans protesting against the Dakota Access Pipeline. 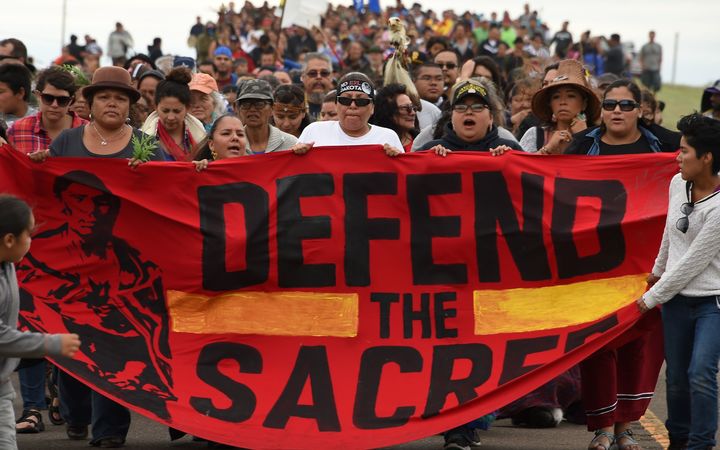 Native Americans and environmentalists at Standing Rock Sioux Tribe's land have been in protest camps since April in North Dakota against the controversial oil pipeline.

Te Hamua Nikora decided to create the 'Haka for Standing Rock' page to enable Māori to post messages and specifically haka in support of protesters in Standing Rock. 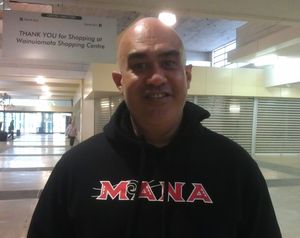 The idea to compose a haka for those in Standing Rock was inspired by a post from a Native American activist at Standing Rock calling for Māori to support them.

After a korero, Te Hamua Nikora and Benita Tahuri, created the Facebook group: 'Haka with Standing Rock' , and wrote the haka, inviting people to perform and post it on Facebook.

The Facebook group has about 7400 members and is growing.

Mr Nikora said it was an uplifting way of sending support to the indigenous whānau at Standing Rock.

"When one group of relations is being hurt, [abused], being bullied, being ripped off, we all feel that, especially us as Māori, we are very much a leader to the indigenous people - they look up to us as those that have a treaty with the coloniser, and are able to stand to stop that sort of stuff happening to us."

He said it's been beautiful to see people from Aotearoa joining the page and posting up the videos. He only came up with a tune for the haka and has left the actions up to the individual.

"We have gone tuturu, we have gone pre-colonisation, pre-Matatini, back to when you did what felt good for you at the time ... I wrote it with the expressed desire for anyone and everyone to do it."

Benita Tāhuri, (Ngāti Kahungunu and Ngai Tūhoe), said the haka was about sharing and communicating messages of support and love for the native whānau in the United States.

Te Hamua Nikora and Benita Tahuri are also fundraising to travel over to Standing Rock to help in anyway they can, whether it be waiata, haka, karakia or anything they might need - they have a tentative date of mid November.

Tylee Hudson, (Ngati Awa), who posted a video of a group of students at Te Whare Wānanga o Awanuiārangi in Whakatāne, has had more than 180,000 views and has been shared online more than 6000 times - and counting.

The haka is not the one Te Hamua Nikora wrote, but it has the same message. She said it was a last minute decision after a noho marae with students over the weekend.

"The haka is about uniting people and working as one, mahi tahi. We just decided to do the haka and live stream it to support the tangata whenua at Standing Rock."

She said indigenous cultures hold similar values of "kaitiakitanga, whakapapa, wairua and learning lessons from nature and working with it, not against it."

The underground proposed pipeline is expected to cost $US3.8 billion and the Sioux Tribe say it threatens local water supplies and sacred sites.

They have been protesting since April but last week things escalated when police descended on the Northern camp blockade.

About 140 people were arrested - footage of the confrontation showed police in tanks, with rifles and using pepper spray and mace on protesters. 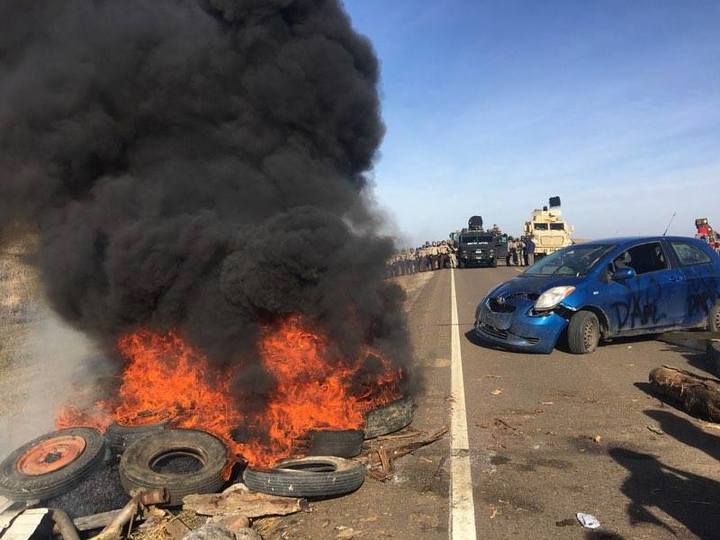 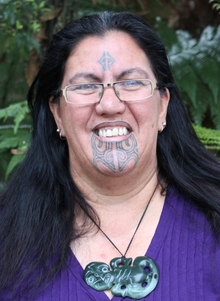 Prominent academic, Dr Leonie Pihama, who is in the United States at the moment with PhD students and researchers, said the Standing Rock protective movement has been much discussed with those they have been meeting with.

She said social media posts and messages from other indigenous communities gives inspiration.

"Our people respond very quickly when we are called upon ... to provide visual and vocal support even though we a very long long way away.

Dr Pihama said that it inspired communities when Māori showed that were following the events unfolded and show their concern.

Lawyers, Kiritapu Allan-Coates and her wife Natalie, arrived back in New Zealand yesterday after being at the main camp at Standing Rock helping the legal team.

She said there was a growing anxiety in the camp after Thursday's confrontation with the police, but there was still an element of peace, with regular prayer, singing and meditation in the evenings.

She said there was a role for everyone who went there, not limited to just being on the frontline as a protester.

"There has been a call by those at Standing Rock in tribal leadership for any person who has the capacity, in whatever form that might take, to share the events of what's happening or to show up if physically possible and ultimately to pray - they are there to protect their whenua."

Ms Allan-Coates said the feeling was intense and some scenes some have been exposed to are quite traumatic.

"You're seeing young rangatahi being subject to brutal force by armed police in riot gear, you're seeing nannies and koros, grandfathers, being pulled away from their families, medics being dragged from cars, the lawyers on Saturday were targeted and detained and taken to the county jail - it is a really confrontational and intense environment, and you don't expect to see as an ordinary citizen."

She said an announcement was expected in the next few weeks on whether there would be a second look at the environmental impact of the pipeline.

But meanwhile, the Sioux tribe are calling on support and people to join them as the fight for them continues.

The challenge has been laid down

The call of invitation received

THE MĀORI PEOPLE ARE RUMBLING HERE...