Armed police in the US state of North Dakota have been clearing Native American protesters and environmentalists blocking the path of an oil pipeline.

Sixteen protesters were arrested in the latest clash, Reuters reported. 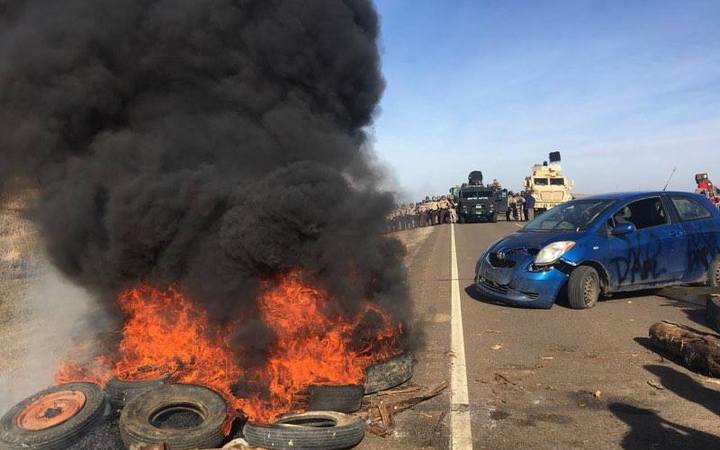 "Non-lethal" shotgun bean-bag rounds and pepper spray were used to subdue protesters at a camp in the state, the Associated Press quoted a state official as saying.

Two helicopters and a fixed-wing aeroplane flew overhead as officials made warnings over a loudspeaker.

The $US3.7 billion Dakota Access pipeline has prompted huge protests.

Native Americans have halted its construction in North Dakota. The planned pipeline will run 1870km through Iowa, Illinois, and North and South Dakota.

Dozens of officers in riot gear, some armed, moved in today, assisted by trucks and military Humvees.

As the police moved in, protesters parked cars on the main road near the camp and started a fire there. 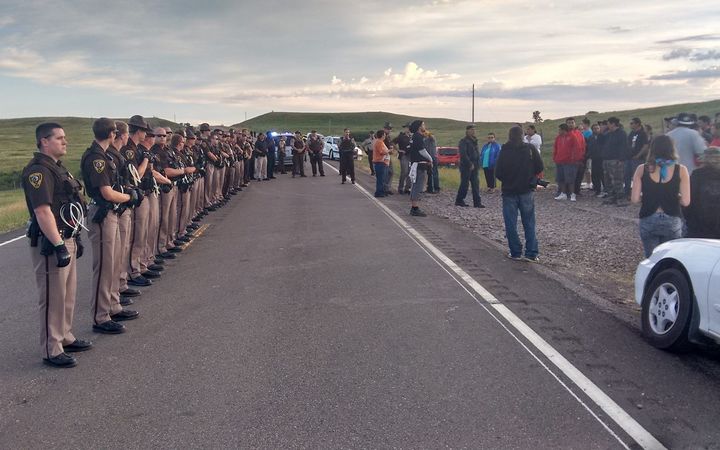 Sheriff Kyle Kirchmeier said the protesters were a "public safety issue" and their actions had "forced law enforcement to respond".

"We cannot have protesters blocking county roads, blocking state highways or trespassing on private property," he said in a statement.

"If they take everybody to jail, there will be twice as many tomorrow, and every day that passes more will come," he said. "If they raze these teepees, tomorrow we will be back."

Hundreds of protesters have camped on the federally owned land for months, with more than 260 people arrested before today's police operation.

Native Americans have said the pipeline will desecrate sacred land and damage the environment.

Energy Transport Partners, the company behind the project, has said it will boost local economies and is safer than transporting oil by rail or road.

The protest has drawn the attention of activists and celebrities, including actress-activist Shailene Woodley and Green Party presidential candidate Jill Stein.