A Northland iwi trust has been accused of botching its election process and squandering its Treaty of Waitangi settlement. 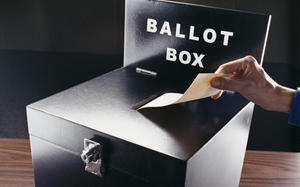 A former trustee, Mikaere Miru, said the trust's elections this month should be declared invalid because staff opened the postal ballots without the returning officer present.

"Both the [trustee] voting papers and an amendment [proposed to the Trust Deed] were taken out of the envelopes by the staff member and then she went through each voters' papers and logged them on the computer," he said.

The staff member had legal approval only to remove the voting slip for the Trust Deed amendment, Mr Miru said.

Te Uri o Hau beneficiaries have set up a Facebook page to vent their anger at the trustees and their newly-elected chair, Russell Kemp.

A number complained they were not informed of the sale of the trust's Hanerau Block this month until it was a done deal.

Mr Miru, who was voted off the trust but still runs an externally-funded environmental programme for it, said the handling of the election was the latest in a long series of governance and management errors.

He has laid a complaint with the police about the trustees' election, and said he had been advised by them to approach the Serious Fraud Office.

He said the trust had squandered millions and just this month sold prized ancestral land on the Kaipara Harbour to pay bills.

It purchased the historic Hanerau Block and an adjoining dairy farm around Kaipara Harbour with the proceeds of its settlement, and sank $9m into the Te Arai development at Pakiri Beach, including lengthy planning battles with the council.

The trust's initial plans for the large coastal housing project were eventually whittled down to just 46 homes and a golf course.

Trustees also went to court in 2009 to recover $500,000 in fees paid to Mr Kemp and Sir Graham - its first chair and deputy chair.

And after running out of ready cash about a year after its treaty settlement, it borrowed from the bank to sustain its large dairy farm at Hanerau.

While it sold the Hanerau Block as a beef unit, it retained the dairy farm.

"We've made a lot of mistakes, there's been a multitude," Mr Miru said.

"Just about everything we've touched, we've mismanaged it. The people would be horrified if they knew how much had been lost. What I have wanted is an appraisal of every asset we have managed, and what has been the outcome."

He said an example was the trust's purchase of Whangarei's Settlers Hotel.

Mr Miru, who was not on the trust at the time, said the board had sought advice from a chartered accountant who advised them not to touch the deal.

A kaumatua of nearby Otamatea Marae, Taupae Connelly, said the board had been flogging assets to keep itself afloat.

"The whole thing about it is that we need to stop this board from doing further damage, bleeding money and bleeding land," he said.

Mr Connelly said if 10 percent of Te Uri o Hau beneficiaries signed a petition, they could force the board out.

He said trustees refused to discuss rumours of the block's impending sale, then presented it to beneficiaries as a done deal.

Mr Connelly said that had been the pattern of the board from the word go - and its investments had either failed or returned nothing to the people.

"We have absolutely no confidence in the board whatsoever. You know, the thing is, we've got to take it through the legal system."

"There are people ready to step in, we can put an interim committee in there, that's not a problem. We can ask for an independent commissioner to come in, if you understand."

The trust was meeting today and had no comment.

It referred RNZ to its lawyers, one of whom was the appointed returning officer. But they also declined to comment, saying they were awaiting instructions from the trust.