A Whakatane woman who failed to get into Police College says she was told it was because she was from Tūhoe and knew too many locals - but police say that wasn't why she was turned down.

Helen Tulloch was said she was rejected by the police training college because she is Tūhoe. Photo: Supplied

Helen Tulloch, known as "Nen", has always wanted to become a police officer. At nearly twice the age of her classmates she signed up at Te Wānanga o Aotearoa's eight-month police preparation course in March last year, and said she loved it.

Before beginning her training at Police College in Wellington she was required to go on patrol with officers in Whakatane.

The local officer who wrote a report on her performance told her it wouldn't be a good one but wouldn't say why, or give her a copy of what he'd written.

Ms Tulloch then approached the college, where a recruitment officer told her one of the reasons she'd failed was because she is Tūhoe.

She said she was told she was too nice, she knew too many people, and was Tūhoe.

"And I said Tūhoe, I said you're kidding me ... gosh I'm adopted and I've only just found out I'm Tūhoe and now it could crush my career."

"If that is the reason she has been given as to why she has not progressed further in her aspirations for a police career then I would be disappointed."

"While we are limited in what we can say about individuals, it is entirely incorrect that this application was not progressed for the reasons stated in your email - specifically "She is too nice, knows too many people and is from Tūhoe."

Mr Tabor said "We are also satisfied that the decision taken regarding this applicant was appropriate, peer reviewed and consulted in accordance with our recruitment process. " 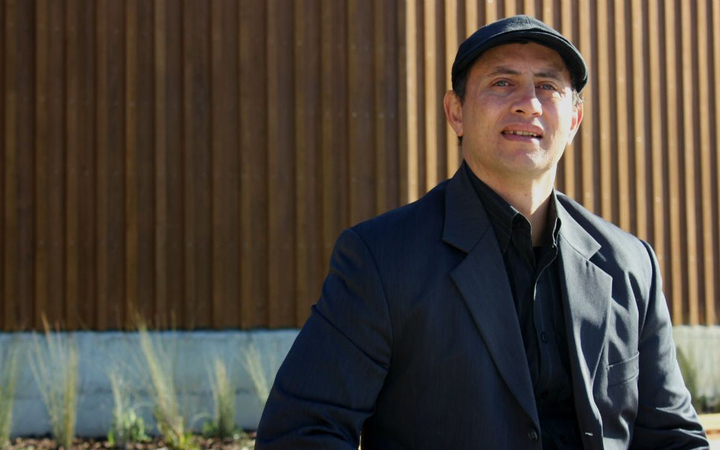 Two years ago the Police Commissioner apologised to the people of Tūhoe for the Urewera raids and pledged to rebuild the relationship.

Mr McGarvey said police needed to give Ms Tulloch the performance report so she could see exactly why she failed to make the grade.

Ms Tulloch said she did well in the Wānanga police preparation course and expected the same the work experience shifts at the Whakatane station.

She said her first two shifts went smoothly but things changed when she was assigned a different supervisor, someone who'd graduated from Police College within the last two years.

Ms Tulloch said because she was a local, she had asked the station sergeant how to behave if family members came up to her on patrol, and was told to be herself.

She did run into into her sister's children at a family 21st at a local pub.

"Everyone comes up saying hi kiss and a cuddle, a mihi then my nephew comes up and says 'Hi Aunty, arrest me arrest me' and starts dirty dancing and having fun, and then that guy comes over and says 'I think I'm going to arrest him' and I said 'Why? He's just having a laugh'."

It was after that shift the officer told her he couldn't give her a good report. She said she was bewildered by what happened.

"I kept thinking to myself surely there must be more to this, I've been treated like they've found I'm a P dealer and you get vetted at the start so I knew in my heart it had to be this guy and his personality clash with me.

"I just felt like he was jealous because I knew people and I thought that was an advantage for me, but it clearly wasn't in Whakatane."

Police have reviewed and upheld the decision to reject Ms Tulloch's application, telling her that feedback from Whakatane staff and the performance reports raised serious questions about her suitability.

She was told she didn't demonstrate the core competencies or values required.

RNZ asked NZ Police whether any reference to Ms Tulloch's tribal affiliations or the fact she knew many people in Whakatane was entered into her final report.

They said they would not discuss through the media reasons why individuals were unsuccessful. A spokesperson said the decision was based on feedback from a number of staff.

Ms Tulloch said she now found it hard to get work because employers wonder why the Police didn't want her, and because she can't get the reports it's her word against theirs.

Mr McGarvey said there were good reasons for Tūhoe people to work in the police force.

"The aspirations for the relationship between Tūhoe and the police need to filter down to people on the ground, which is why people like Nen are valuable because they look like us, sound like us and can relate to us."