One of the last surviving veterans of the 28th Māori Battalion, Nolan Raihania, has died. 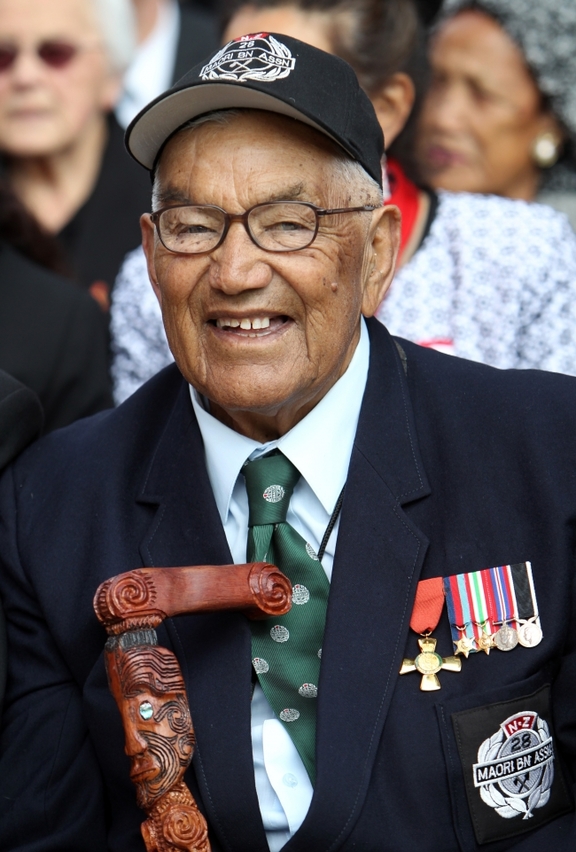 He was the Ngā Taonga a Ngā Tama Toa Trust chairman and the former president of the Māori Battalion Association.

Historian Monty Soutar said Mr Raihania was 17 when he enlisted and was sent to Italy with the battalion's C Company in 1944.

"He was a very good singer and he picked up some of the Italian tunes and, like many of the Māori soldiers who came back, sang them back here and was very well known around these parts for singing Italian war songs."

Mr Soutar said he was lucky to have travelled abroad to commemorative ceremonies three times with Mr Raihania.

"He was a great guy to have with you because he was free and willing to share his experiences," he said.

Mr Raihania was in primary school when World War II broke out in 1939, but caught the end of the war in Italy, Mr Soutar said.

He was awarded a New Zealand Order of Merit in 2011 for services to Māori.

He was a Mataura Borough councillor from 1968 to 1978, helped to establish the Mataura Māori Club and was a Justice of the Peace.

A member of the South Island Māori Committee, Mr Raihania was instrumental in the building of the Mataura Marae in 1984.

Later he instigated the return of two Tauwhareparae land blocks in 1993 and 1994 and pioneered one of the first big organic operations on the East Coast, growing organic sweet corn for Watties.

Listen to a story on Morning Report on 30 November 2012 about the last official get-together for the surviving members of the 28th Māori Battalion:

The last veteran of the battalion's A Company, Charlie Petera, died at his home in Ngataki in the Far North, aged 92, in June this year.

More than 3600 men served in the battalion in campaigns across North Africa, Greece, Crete and Italy.

Its losses were the highest of any in the New Zealand Division - 649 members of the battalion died, either killed in action or from their wounds.