The decision to close six of the country's eight legal aid centres will deny Māori justice in the legal system and flies in the face of their tikanga, warns Community Law Centres Aotearoa.

The Ministry of Justice has confirmed offices in Waitakere, Napier, Christchurch, Manukau, New Plymouth and Rotorua will shut early next year.

Operations will be centralised in Wellington and Takapuna and applications done online, a move that has angered many in the legal profession.

Community Law Centres Aotearoa said it helped clients apply for financial support, fill out forms provided by the legal aid offices and navigate the justice system, but could not pick up the slack left by the closures. 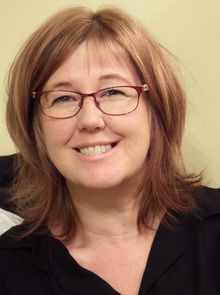 Spokesperson Caryl O'Connor said it had not had a funding boost in the last eight years and there was a dire shortage of legal aid lawyers.

Ms O'Connor - the managing solicitor of Community Law Otago - said the closures would only aggravate a lack of support and guidance for Māori, especially those in rural or isolated communities.

Ms O'Connor said moving to online digital platforms added to the difficulties faced by one of the most vulnerable groups in the community.

"In relation to digital literacy, is the ability to find what you're looking for on the net - the relevant information that you need and then being able to actually put the forms in place, do the registration processes, pay by credit card and then hope that you've sent everything to the right place."

The move to multi-digital platforms did not fit with Māori tikanga, Ms O'Connor said.

"The manner of participation of legal systems is disadvantageous to Māori in that a cultural way of communicating is face to face (kanohi ki te kanohi), it is sitting down and talking to people, it is interacting on that level and this removes that ability by shifting to more digital formats of dispute resolution.

"It places them at a disadvantage." 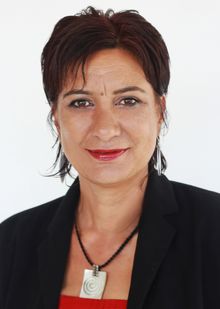 Ms Bold-Wilson said the online process would alienate Māori even more, when they made up 15 percent of the population and yet were 50 percent of people who went through the justice system.

"You build a relationship with those people who do the legal aid application forms, doing it online and it being approved in Wellington gives you no social economic context for people who are applying and we just become part of a production line once again."

Te Hunga Rōia Māori o Aotearoa, the Māori Law Society, said there had been no consultation with it about the closures.

Co-president Aidan Warren said despite Māori being over-represented in the justice system, neither the society or iwi were part of that decision-making process. 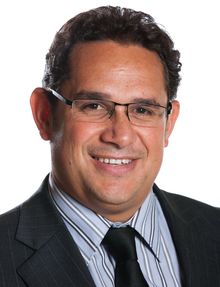 Access to justice for Māori was of paramount importance and any decisions made by central government that could impact on tāngata whenua was of great concern, Mr Warren said.

He warned without proper engagement with Māori the process was moving further away from the advancements made by people such as Judge Heemi Taumaunu and legal expert Moana Jackson.

"People should be able to have face-to-face ease of support because ultimately it goes back to access to justice. If it's not just, people will not participate positively in the process. That is what is going to be missing, people will feel more alienated from the process that as a starting point is alienating to Māori and minority groups in any case because it's based on a different value system."

Ministry of Justice spokesperson Bryre Patchell said in a statement that only a very small number of people visited its legal aid offices, with the vast majority dealing with Legal Aid Services via its 0800 phone number, or by fax, email or letter.

"The changes are about improving our internal processes and preparing the Ministry for digitising the administration of legal aid services in the future."

Mr Patchell said regional legal aid offices had specific knowledge about legal aid lawyers and customers, so the Ministry had recorded that information and would be able to continue drawing on it.

He said Bar Associations were informed about the changes to the administration of legal aid granting and debt management.

Despite Te Hunga Rōia Māori o Aotearoa asserting it has no record of any contact from the Ministry of Justice about the planned closures, Mr Patchell said "law societies" had also been told about that as well.