Andrew Little says he is yet to have a meeting with the Māori King after two years as Labour Party leader. 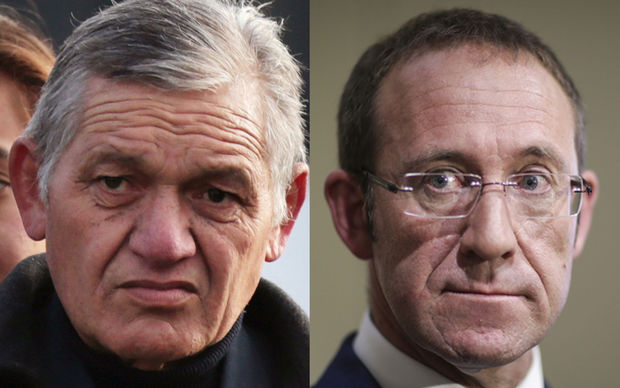 Kiingi Tuheitia recently said he would not longer vote Labour as the party had let down the Māori people.

Speaking to RNZ's Māori issues correspondent Mihingarangi Forbes on TV3's The Hui this morning, Mr Little said he had been with the King at various events, but had yet to have a meeting with him.

The pair had been due to meet in January, but the meeting was postponed because of the king's ill health, Mr Little said.

He said he spent a lot of time taking to Māori organisations and praised the work of his Māori MPs.

Mr Little said he was backing Labour's Hauraki-Waikato MP Nanaia Mahuta to build the party's relationship with the Kingitanga.

"I've been in regular contact with Nanaia since the King made his comments. She's going to be a great candidate there, I've full confidence in her," he said.

Mr Little also dismissed one of his party's candidates' defection to the Māori Party at the 2014 election.

Rawiri Waititi came second to Māori Party co-leader Te Ururoa Flavell in the seat, the only Māori electorate Labour did not win.

Mr Waititi now said he would be voting for the Māori Party, as the Māori people needed to be united.

Mr Little said on The Hui he was not concerned by Mr Waititi's defection.

"One former candidate saying he's now going to support the Māori Party doesn't constitute kind of a crisis for me.

"We've got other Māori potential candidates lining up. I'm confident that we will have a good slate of Māori candidates in the Māori seats and beyond as well."