Representatives for Māori landowners are warning they will not support changes to the Māori Land Act, unless their bottom-line demands are met. 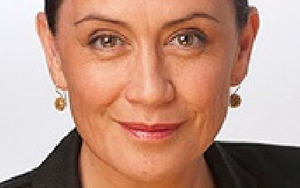 The Federation of Māori Authorities (FOMA) made submissions at a Māori Affairs select committee this morning about a review of the Ture Whenua Act.

Members of the organisation said they had the expertise in managing Māori land and there were a number of technical issues in the bill that needed to be changed before they would support it.

Outside the hearing, FOMA chairperson Traci Houpapa said the organisation was willing to work with the government, but there were details of the bill that needed further work.

"The conversation that's being had is that those matters will be addressed within policy. We believe they need to be part of the actual bill process," she said.

Ms Houpapa said if those concerns were not addressed, FOMA might withdraw its support.

"We think the review process will not have achieved its objective. We would need to reconsider our support."

Ms Houpapa said issues such as succession of ownership was a major issue that was not adequately addressed in the bill and there were also questions about a new organisation to deal with Māori land information.

She said the expertise in such issues lay with organisations like FOMA and they needed to be closely involved in any changes to the bill.

During the hearing, members told the committee that Māori land had a range of ownership structures and was performing at different levels, and the changes needed to take that into account.

Liz Mellish told the committee that addressing issues of Māori land ownership and increasing productivity was an "opportunity for the nation".