Is the health system failing Māori? Some of those on the frontline say 'yes'. And, as Te Manu Korihi reporter Aaron Smale found out, it may not just be about money.

John Tamihere says he's had enough of institutional racism in the sector, and he's considering legal action against the Ministry of Health.

"What I'm looking at doing is trying to get the evidence to bring civil manslaughter proceedings.

"The constant bureaucrats that have been in funding and planning in the ministry of health and the DHBs, they make God decisions. And God decisions in our communities are life and death decisions, but they don't have to live with their decisions. We do."

When Mr Tamihere says "we" he is talking about any of the organisations he represents. But he is talking in the collective "we" about Māori.

In his role as chief executive of Te Whānau O Waipareira Trust he is heavily involved in health provision for Māori. And he says he has seen and heard far too much to pull his punches any more.

Mr Tamihere is not the only one who says he is frustrated with the Ministry of Health.

Dr Rawiri Jansen, chairman of Te Ora - the Māori Medical Practitioners Association, was involved in developing Mana Kidz, a program designed to bring down the cases of rheumatic fever in South Auckland.

The disease strikes children, is potentially fatal or has long-term implications if not detected early, and has been on the rise in communities affected by poverty.

Dr Jansen says Mana Kidz has been highly successful, but it could have been scuppered before it even got off the ground were it not for some orchestrated manoeuvring. 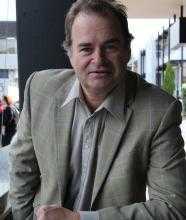 He says he has become so used to meeting opposition that he is now careful which public servants he involves in discussions.

"We had to battle against some people in the ministry to keep them away from the programme.

"We have to actively try to organise to keep some people away who are providing, I think, bad advice. It's a bloody battle and it shouldn't be. We've got so much to do and to have to battle people inside our system is true and sad at the same time."

RNZ invited both the Minister of Health, Jonathan Coleman, and the Ministry of Health to comment on Dr Jansen's claims.

After sending questions through to Dr Coleman's office he was approached in person and asked about Dr Jansen's experience. He had no comment and said he didn't know what Dr Jansen was talking about. His office later sent an email saying he wouldn't be answering any further questions.

The Health and Disabilities Act has a stipulation that the Ministry of Health is obliged to address inequities in health.

But Dr Jansen believes this is being undermined by bureaucratic interference that is motivated by political considerations rather than medical ones.

"Are our district health boards meeting their legal obligations? We can prove that they don't...

"Delivering equity never got anyone elected did it?"

The Ministry of Health did provide a written statement to RNZ, but wouldn't offer an interview on Dr Jansen's views. The statement's author, Alison Thom, accepted the ministry didn't always get it right. But she said it wanted to hear from professionals who had concerns and had reminded Dr Jansen of that.

The statement also pointed out the ministry had recently updated its Health Strategy document to guide the health sector for the next decade. 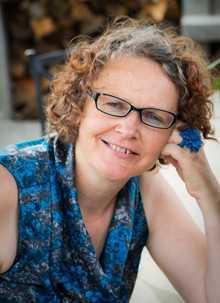 Auckland University of Technology health researcher Dr Heather Came told RNZ she had been told repeatedly that Māori input was often stripped out of policy documents by the time they were approved, or not included at all.

"I looked at 10 years of health policy for my PhD and people always cite Mason Durie's Whaiora. But they're not engaging with what many of the other Māori academics are saying. If you look at the reference list and you look at the Māori academics, they're not there. There's literally hundreds of Māori health academics. But their work is not being cited or used to inform health policy.

Dr Came said she believed that spending money on prevention was a far better use of the taxpayer dollar.