A national day to commemorate the battles of the New Zealand Wars 150 years ago has been approved by the government.

Deputy Prime Minister Bill English made the announcement at Turangawaewae Marae today, where he and Arts, Culture and Heritage and Conservation Minister Maggie Barry handed back the land titles to Rangiriri Pa and Te Wheoro's Redoubt in a special ceremony to the Māori King today. 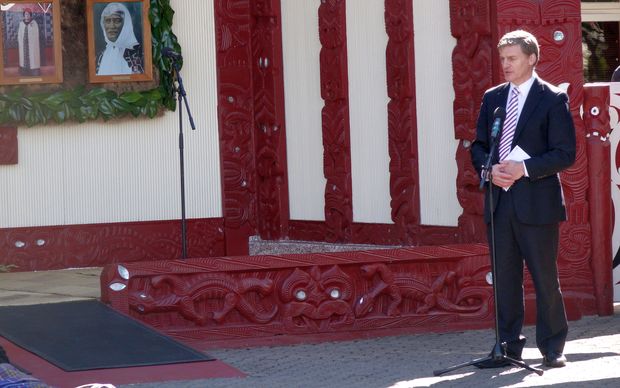 Last year a petition calling for a national day, which had been initiated by students at Otorohanga College, was presented to Parliament.

During today's event both ministers acknowledged there should be a day to remember the New Zealand Wars, just as the World Wars were marked.

Ms Barry called the Battle of Rangiriri a deeply regrettable time in the country's history, but said the interest to commemorate the New Zealand Wars had never been greater.

"We will find a day that will suit everyone because it's too important not to have a special day and we will work together in cooperation and collaboration to find a suitable time. It is important to us as a nation at least as important as our World War I commemorations if not more so." 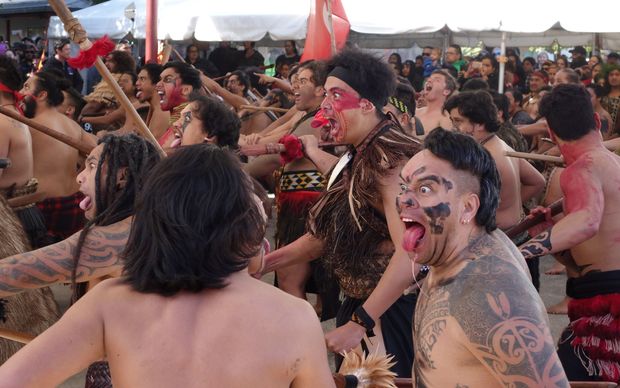 Children from local schools in the Waikato area were witness to Waikato-Tainui and the Kiingitanga being gifted back the land titles to the two significant sites.

One of the bloodiest battles between Māori and colonial soldiers took place at Rangiriri Pa in 1863. It was the start of a series of battles in Waikato, which would lead to over 1 million acres of land being confiscated.

Rahui Papa of Waikato-Tainui said the iwi had been waiting to get their land back since then, so today was a great day.

"It was a beautiful day to commemorate 152 years of mamae, of hurt that has been resolved today by the repatriation of the Rangiriri Pa and Te Wheoro's Redoubt under the korowai of the Kiingitanga and into the hands and guardianship of the people."

"Iwi around the motu have met with the Minister of Māori Development to start discussing things on how they might play out and then there will be some follow-up hui to settle a date and see what kind of entity can be put in place to cater for all the battle and invasion sites across the country."

Koroneihana celebrations will continue over the weekend with Kiingi Tuheitia giving a speech on Sunday.