Māori leaders are calling for a national day to commemorate New Zealand's land wars - and say if it's good enough to pause for Anzac Day, those killed during wars in New Zealand should be paid the same respect. 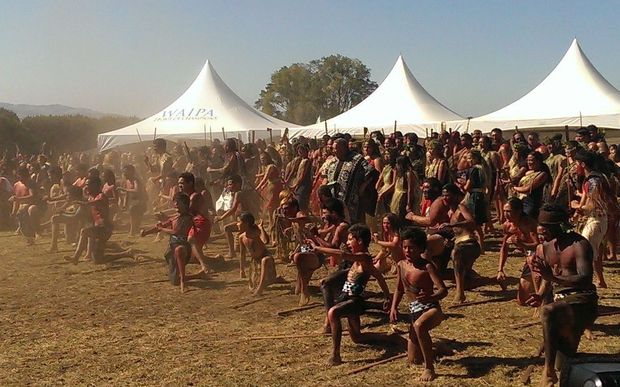 Powhiri for the official party at the site of the Battle of Ōrakau. Photo: RNZ / Andrew McRae

The conflicts known as the Māori land wars took place between government forces and Māori.

At the peak of the wars in the late 1800s, heavily-armed British troops battled Māori including women and children, who were outnumbered and often just defending their pā sites.

"In the Waikato itself, we had thousands of acres of produce which our people grew, we had our own trading ships - in fact we had 27 sailing ships that supplied the waters between here Australia, Asia and the Americas selling produce, flax and flour," he said. 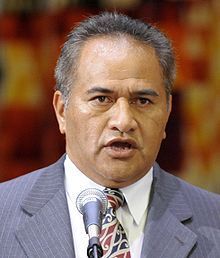 Mr Morgan, who is calling for the national day of commemoration, said Māori in Waikato had control over their way of life.

"Then war came and undeniably changed the face of our way of life and this nation, and on that basis it's an indictment on this country that those wars have never been taught in schools," he said.

"The commemorative day is about changing the narrative, our understanding as a nation of our earliest history when our people were murdered by the colonials and our lands were taken."

Mr Morgan said Māori leaders were onboard and it was time for the government to move forward on the issue.

Speaking from Vietnam, Prime Minister John Key said it was not that simple.

"The Māori Party has raised that issue with us. The question is what form does it take, is it a national holiday and what would it replace. It's not as straightforward as it sounds," Mr Key said.

Ngāti Maniapoto was part of one of the most significant battles at Ōrakau Pā near Kihikihi, where 1500 colonial soldiers fought and killed more than 100 Māori - forcing the surviving men, women and children to flee into the bush. 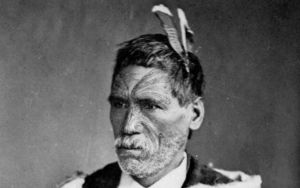 Kaumatua Tom Roa, a descendant of one of the survivors, said New Zealanders remembered Anzac Day and should remember the fallen in this country's own wars too.

Mr Roa said he did not agree with the Prime Minister's reasoning on the issue.

"Anzac Day is a day of commemoration of battles for us overseas; these battles are fought for us by us here in Aotearoa so they should at least have a national day of remembrance." 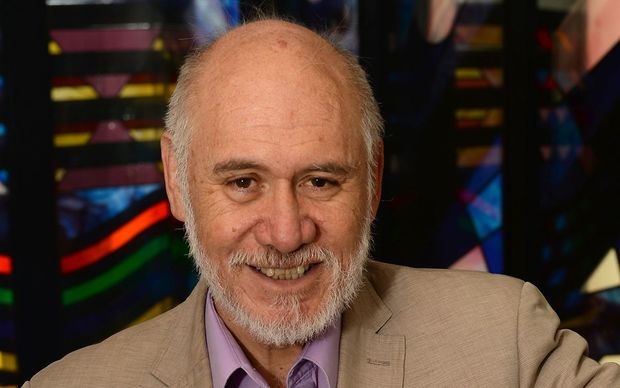 Ngāti Maniapoto kaumatua Tom Roa is a descendant of one of the survivors of the Battle of Ōrakau. Photo: Supplied

Just south of Kihikihi, where the Battle of Ōrakau took place, two Otorohanga students have begun a petition.

After learning about the Waikato land wars, they have collected 10,000 signatures to support a commemoration day, which they will present to Hauraki-Waikato MP Nanaia Mahuta next month.

Ms Mahuta said those students represented a whole other generation.

The Māori Party will continue to raise the issue with Mr Key, with co-leader Marama Fox saying she wanted to drive it within Parliament.

"We need to start embracing our New Zealand history as a whole, warts and all. It will be a great opportunity to bring people together and I'd love to lead that in Parliament," she said.

Mr Morgan said Māori leaders would push ahead with the idea, and try and find a date of significance for all Māori.

He said Māori King Tuheitia had extended an invitation to all iwi at next year's coronation at Tūrangawaewae Marae.

Meanwhile, the Māori Party has also called for 5 November to be recognised as Parihaka Day - marking the sacking of the pacifist settlement in Taranaki in 1881 - instead of Guy Fawkes.

Watch a video about the battle of Rangiriri Pā in Waikato in 1863: